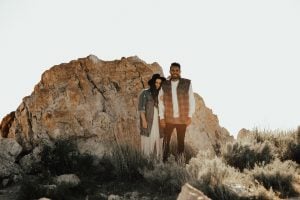 High-quality relationships don’t happen accidentally — they take hard work and energy. If you’re in the wake of loads of failed relationships, ask yourself if you are the problem. Chances are, you may not realize that you’re displaying signs of toxic masculinity.

Toxic masculinity has the power to shake the foundations of even the most solid relationships. To make matters worse, you probably don’t even recognize it in yourself.

As men, we are socialized to subscribe to the ideals of patriarchal norms. From the moment we can walk and talk, we are told that we have more rights than women.

Women don’t fall in love with spoiled or self-righteous men.

In my relationship coaching program, I’ve witnessed many men lose extraordinary women thanks to their ingrained negative belief systems. Switching up the narrative is the only way to work toward the loving relationships you have been craving.

In this article, I will share some insights I’ve seen firsthand and how you can deprogram toxic masculinity.

The ‘Toxic Man’ Narrative Has Become Popular in Our Culture

Toxic masculinity is a problem. There’s no doubt about that.

However, the words’ toxic man’ has been thrown around too often lately. When a guy does anything slightly unfavorable, you can bet that some woman is waiting to throw this slur in their face.

The term has become a catch-all for men’s bad behavior. And, frankly, that’s not fair. When women use this term against men, they often fail to think about what it means.

Before I go into the signs of toxic masculinity and the countless problems it throws up, I want to offer a quick disclaimer.

Not all men are toxic. Even when a guy does have toxic traits — as many of us have learned — that doesn’t make them inherently bad.

It’s far too easy for our culture to point the finger at men and say, ‘they are the problem.’ If only it were that simple. Men are not guilty of all of society’s issues. The sooner we recognize that the sooner we can deal with the real problems affecting each of us.

Masculinity is not always negative. You can be a strong and powerful alpha male without being toxic. However, you may have to start unlearning everything.

Believe it or not, there’s a reason that many men grow up to have toxic traits. It’s not that we are innately evil or selfish — contrary to what some believe. No, we have been trained to act a certain way from an early age.

The concept that there is only one way to be a ‘man’ is at fault here. That is something that we all have to work hard to unpick.

Men are Socialized to Become Examples of Toxic Masculinity

Think back to your first example of what it is to be a man.

It might be your dad coming home after a long day at work to a home-cooked dinner. Or your older brother is fighting your corner and hitting the bullies who followed you home. It could be your uncle who was all muscle and spoke about women as though they were products he’d picked up in the store.

The first experiences of manhood you encountered matter. When you were a child, you looked up to these shining samples of manliness, and you copied their actions.

Experts in the field have noted that toughness, stoicism, heterosexism, self-sufficient attitudes and lack of emotional sensitivity are taught to men from a young age.

According to the American Psychological Association, most men in the Western world subscribe to a male code and portray gendered behaviors.

If we don’t catch this early, we can quickly become versions of toxic men. It’s that simple.

Of course, we all start from different places and have varying upbringings. The experts say that there are the following factors that contribute to toxic masculinity:

Not all of these factors have to be present for you to develop toxic traits. Still, it’s worth considering how your upbringing and childhood may have impacted your outlook.

When you have been raised in a hostile environment, you might carry that into adulthood. Like an illness, it lies dormant inside you until the symptoms appear.

The moment you start looking for a relationship, it will destroy your chances.

Being an alpha male and being toxic are not the same thing.

In my coaching program, I work closely with elite men to help them realize the difference. By taking control of your masculine power and having a supportive community around you, you can learn how to create high-quality romantic relationships. Join today!

Giving yourself this secret advantage over the competition offers you more success with the woman in your life. Soon enough, you will have the chance to become a socially savvy, independent, and confident man.

It’s not all about love. Building a strong connection with a woman takes time and energy.

Unfortunately, all of the above is the opposite of what we have been taught it means to be a ‘real man.’

Think about it: When a woman is trying to get to know you, she doesn’t want the surface level you the world gets. No, she wants to know who you are inside, what drives you, what motivates you, and even what scares you.

If you never once lower that wall and let her in, she will pack up her stuff, move on, and find someone out there who will.

Women can smell fakeness. You might think you’re smart by putting up a front and showing her how you’ve got it all together, but that won’t wash for long.

When you block a woman out, she will get frustrated. She might put up with that BS for a year — maybe even three — but in time, she will start to look elsewhere.

Breakups are one of the most painful experiences, primarily when you’ve found a woman you love. Save yourself that anguish and be the man she deserves.

Signs of Toxic Masculinity in a Relationship

You might not even realize that your behavior is pushing her away. I’ve seen this happen to countless guys. They think they are acting in a way that will satisfy her. Then she suddenly leaves.

So, what are the warning signs, and how are you screwing up the relationship? If you’re worried about your behavior, it’s time to change it. Here are some of the real red flags.

1. You never ask for help — even when you need it the most

Showing your weakness is a strong move. Go back, and read that again. Please read it as many times as you need to before it sinks in.

As men, we are taught that we always have to handle our own business. That’s fine and well — until our business is too much for us.

Running away to your internal man cave and hiding from the world is a mistake. It will push her away, and she might start to misconstrue your actions.

If something is up, tell her. Be open about the problem and let her know you want to tackle it as a team.

2. You are too afraid to show your partner your genuine emotions

It’s not only women who have feelings. Men feel things too, and you know it.

We hide our emotions because we’re afraid that women will think we’re not manly enough.

If you’re hiding your feelings, the reason is toxic masculinity. You have learned that being strong and stoic is the only way to express yourself.

Nobody can maintain that for years on end. Show your partner that you are open and honest with her. It counts.

3. You expect her to take total control of the housework

Subscribing to gender norms will get you nowhere fast. Less than 7% of couples share the housework equally.

From a young age, we are taught that women should look after the household while we go out there and work. But — be honest — times have changed.

You might have grown up seeing your mom do all of the housework. You might have witnessed your dad lifting his feet as she pushed the Hoover beneath them.

But do you know what years of housework does to a woman when you’re not pulling your weight? It makes her resent you. Soon enough, she will be wondering why she bothers with you.

Real men know how to pull their weight. You shouldn’t be relying on a woman to do what is a shared responsibility. Learning that could turn your romantic relationships around.

4. You believe that you are always correct and never hear her out

You know that guy who can never admit that he’s wrong — the man who will argue his point to the death even when he’s making little sense. Yeah? Everyone hates him.

We all have it in us to be that guy now and then. But if you believe you are always right and never hear her side of the story, you’re making a mistake. She deserves the same level of respect that you do. You already know that. Make sure you give it to her.

Whether you’re arguing or just deciding what to have for dinner, hear her out. Listen to whatever she has to say and take it on board.

Stop and give her a chance to speak if you find yourself talking over her. It’s the bare minimum you can do, and it matters.

Toxic masculinity can stop your relationship in its tracks, but you deserve better than that.

Don’t beat yourself up if you have toxic traits. It’s not your fault. We’ve all been conditioned to believe that men need to act a certain way. You’ve drunk the Kool-Aid, just like the rest of us.

However, there’s time to unlearn these ways and start over. When you begin to put more emphasis on being your true, authentic self, you will notice a change in your love life. It might take work, but the fact is that it is the only way you can make meaningful bonds.

Join my exclusive coaching program and give yourself a fighting chance at building a high-quality relationship. I work with elite men to help them reach their full potential. That means creating the lifestyle you have always wanted but never could obtain. When you learn expert-backed strategies, you can use them in your own life.

HEY, do you want my help?

1. Inside the private members area, my team, community of high performing men and I can answer your questions to help you get custom-tailored answers for your specific situation.

3. Get access to badass online courses to transform your life, reach your highest potential, and live an epic life. It’s a killer deal and I’m not asking for much. Just click the button below to see everything you’re going to get!