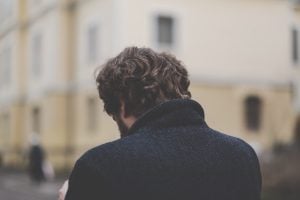 Narcissism is a personality trait that is on the rise and men are at risk of getting into a relationship with a narcissist more than ever.

Unfortunately, you can’t make a relationship with a narcissist work. Narcissism, by its very nature, is incompatible with a healthy relationship.

Men have a lot they can lose from dating a narcissistic woman. They can lose their friends, their reputation, and even their sense of self. Narcissistic abuse is exceptionally common and once you recognize it, you need to leave.

Before You Begin: Is your girlfriend a narcissist?

That relationship that began as a dream quickly (or gradually) turned into a nightmare, didn’t it?

While relationships can sour for a wide range of reasons, narcissism always has a couple of clues when it rears its ugly head. These are the most common:

Can you rehabilitate a narcissist?

This is what your girlfriend’s personality is like. This means that she’s probably not going to change unless she undergoes a drastic personality change, and that’s not very likely.

Because this is a personality disorder that causes the person to lack empathy and act in abusive ways, abuse is going to be part of this relationship. This is not okay. You may want things to work out with her, but the truth is that your best bet is to end the relationship.

People with a narcissistic personality disorder may seem confident and charming, but the truth is that they are grossly insecure. She relies on the praise of others in order to feel good about herself. Unfortunately, nothing you can say will change this aspect about her.

Before You Begin: Figure out if you are in danger

Narcissists can be extremely abusive in a wide range of ways, ranging from financial abuse to physical abuse.

Abuse doesn’t just happen to women, either. It can happen to men, and in some cases, can turn lethal. Narcissists can be violent—and yes, that includes female narcissists.

If any of the following is true, you may need to take specific care to make sure you stay safe:

Men are at a high risk of not being believed when they report domestic violence, so if at all possible, get documentation of the abuse. It can save you (and your children) from years of abuse.

When you’re leaving a narcissist, you’re going to have a messy breakup. It’s mostly about making sure that it’s as un-messy as it can be.

1. Make sure you let others know what’s going on

Times are changing and people are becoming more aware of the fact that men can be abused, and that means that you need to be open about what’s happening.

While proof can help, the truth is that getting the word out there before she does will help prevent too much name-smearing.

In many cases, letting others know will help them figure out how to make the moves that can help you break up with her.

If you want to ghost her (which is actually okay in some situations), you may want to give others the heads up that you don’t want her to know where you’re going.

Many narcissists will try to sabotage your reputation with friends, and some may even go after your job. If you are worried about slander or people not believing you, make sure that you have documentation. Check local laws about what kind of monitoring is allowed.

2. If you live together, find a new apartment or place to live

Living together with a narcissist is a special kind of hell, so you are going to have to find out a way to extricate yourself quickly. This is something you have to plan ahead for.

Can you leave and get off the lease you have with her? Can you talk to the landlord? Or are you going to have to wait until the lease ends?

Figuring out logistics is going to be an issue too. You may need to sock away money for a deposit.

If you can’t afford to do that, it may be time to talk to others. Many friends might be able to offer a quick place to crash while you find a location to hang out.

3. Separate your finances and start socking away important documents before you split

If your finances are intertwined, then you need to separate them. This includes taking her name off accounts, splitting accounts and also making sure that you are able to get important documents in a safe space before you tell her it’s over.

Many narcissists may use finances as a way to keep their victims nearby.

With female narcissists, this can take the form of guilting you into leaving her destitute or trying to pin a baby that isn’t yours on you. This is why you should never have sex with a narcissist you want to leave.

Do not give your narcissist any reason to believe you’re leaving. It may make it harder for you to leave.

4. Make sure that you have a way to support yourself and your loved ones when you leave

Supporting yourself is a must, especially if you are used to living together. It’s expensive to be single! Brush off the resume, get freelancing work, or even start looking for work in a different city.

Do whatever you need to in order to make ends meet.

Now would be a very good time to talk to your guy friends about how they handled rough breakups. This is especially true if you know that one of your close friends had a narcissistic girlfriend. They may also be willing to help you keep your job under wraps.

If she’s your wife, consult a lawyer who has a background in cases with a narcissistic personality disorder. Divorce cases that involve a narcissist tend to be some of the nastiest.

5. Start emotionally separating yourself from the narcissist

Narcissists often notice when their partners are looking for a way out, and that’s usually when they start trying to bond with you once more.

They may start questioning you, get more controlling, or even try to make digs at you in a bid to prevent you from leaving.

The problem with being in a relationship with a narcissist is that they have ways of making you feel invested in them or helpless without them. This is by design. Do not fall for this trap and do not fall for the crazy-making she will do.

If you have to, keep a journal of things she’s done that have hurt you or angered you. Whenever you want to reach out to her again, you can re-read this list. Havign a list of “why’s” can help you stand your ground when you’re leaving.

How do narcissists behave during and after a breakup?

Narcissists have two main ways of behaving during a breakup, and how your narcissist will act depends on their personalities.

Let’s discuss both types to give you a better idea of what to expect when you tell them the news.

If a narcissist has not reached their “devalue and discard” part of the narcissistic abuse cycle, this is going to be the most likely behavior you’ll experience with a narcissist.

A narcissist generally does not want to let go of their supply under any circumstances, so they may put up a serious fight.

How this actually externalizes can vary based on the narcissist. Some of the more common ways include:

If you have any reason to believe she will behave this way, it’s vital that you come up with a financial and legal defense plan.

Other narcissists, especially those who are serial cheaters, will not even bat an eye when you leave. In fact, they will seem totally unshaken and will go about their lives as if you didn’t exist.

In a weird way, this can feel even worse than a Fatal Attraction breakup because you may start to doubt if you really are going crazy.

Ignorers often behave this way because they feel they extracted all the love and praise they can from you—or because they found a new victim.

In a weird way, this is actually the best outcome you can hope for simply because they are unlikely to lash out in vindictive ways.

The biggest issue you’re going to have is the emotional recovery that comes from the breakup.

Breakups are always going to be hard, but when you’re a man who’s dealing with a narcissistic ex, things get far worse.

Unlike women, men are often told to let their feelings loose but then get chastised for doing it. It often feels like people expect you to have no feelings of your own, and roll with the punches—lest you be called weak.

If you feel cornered and like no one understands you, that’s actually very normal. Most men do not know how to regain their masculinity after a devastating relationship with a narcissist. More alarmingly, they also don’t know if they are able to seek out help.

Your worries and your feelings are valid, and it’s okay to reach out to a therapist. Even free support groups are a smart move. No one is going to judge you when they’ve been through that same wringer themselves.

1. You need to tell yourself that you’re not crazy

The crazy-making behavior that a typical narcissist has is maddening…literally!

One of the things you are going to have to brace yourself for is all the second-guessing you will experience. Every time you start re-thinking your choice to leave, remember all the messed-up things she did.

If you are wondering if she’s gaslighting you or that you’re misremembering things, write it in a journal. Or better yet, ask your friends. They aren’t exposed to her the way that you are.

2. Take your time processing everything.

Grieving a relationship is going to hit like waves in an ocean.

Sometimes, it will be overwhelming. Other times, it’ll actually feel like a relief. There will be days when you may even have a hard time actually comprehending what happened.

Don’t try to rush a relationship. Take your time to re-discover yourself and grieve. You are not going to be able to handle a healthy relationship until you actually recover from what happened to you.

Walking away from a relationship that’s toxic is uniquely lonely, and to a point, it’s normal to feel like no one understands what you’re going through. It’s during the loneliest parts of your life that you’ll grow, and the thing is, you don’t have to go through it alone.

Having a coach who understands the unique struggles that men face during difficult breakups can help you overcome the grief, realign yourself with the masculine energy you need, and also bounce back better than before.

Are you ready to regain yourself after a devastating breakup? Do you want to learn how to avoid women like your ex in the future and reclaim your destiny?