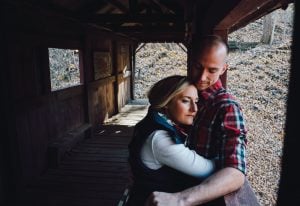 We all love mysterious women… But is she deceiving you?

Finding a woman who you love is rare. So, when you meet someone special, you hope she will honor and respect you. That might not always be the case.

She might seem perfect in every way, but you must be wary of what lies beneath, especially when you are too early in your relationship. Spotting the signs of a malicious, deceiving, or even cheating girlfriend will save you time, energy, money, and heartache. Please don’t fall for her blindly.

Unfortunately, I’ve seen men make this mistake too many times. If you’re thinking, ‘but this could never happen to me’ or ‘my girlfriend is perfect,’ you need a reality check.

In this article, I’m going to take a look at the telltale signs that you shouldn’t trust her anymore.

Yes, she might be lying to you or cheating on you

Think that your partner would never cheat on you? Think again. She may be deceiving you even though she appears trustworthy. The numbers don’t lie.

The stats don’t lie. It shows that almost half of all people are unfaithful when they are in long-term relationships. That’s a staggering number.

You might think that she would never cheat on you. However, we all have moments of weakness.

Perhaps she is struggling with low self-esteem. Maybe she has had the worst day at the office. Perhaps she has got blind wasted and has no idea what she’s doing.

Women cheat — just like men cheat sometimes. And the depth of deception doesn’t end there.

She might be abusing your trust in other ways. Whether it’s lying to you about small and simple things or taking money from you, you can’t always take things at face value.

If she’s lying to you, there’s a reason. Psychology Today reports that people are more likely to lie to their partners when they are less invested in the relationship.

Let’s break that down. If she wanted to keep things running smoothly, she wouldn’t try to deceive you.

As a man, you owe it to yourself to notice the telltale signs of an untrustworthy girlfriend. You don’t deserve to be treated like you’re the second choice. You deserve better than that.

Cheating is the ultimate act of deception. But it’s not the only way that she may be taking advantage of you.

When you meet a woman who is worth your time, you want to believe that she has good intentions as you do. That is not always the case.

One harsh lesson that every man has to learn is that some women will actively try to cause them harm.

Understanding the many ways she could be taking advantage of you is important. If you can’t spot them, you may be letting her get away with their time and time again.

People treat you how you allow them to. It’s time to put a stop to things now.

I’ve seen all too many guys fall into this trap.

Working with high-value clients means that I have seen it all. Men want to see the best in their partners. That’s why they allow them to walk all over them without even realizing it. In my exclusive coaching program, I teach men how to improve their masculinity, become the best version of themselves and create high-quality relationships. Join today!

Here are some common issues:

Top of the list, you’ve got cheating. As I’ve revealed, it happens more than you expect. We’re talking about everything from her kissing someone else to having an ongoing relationship with another guy.

Both of these betrayals sting — they cut you deeper than anything.

Sure, you might not want to catch her in the act. There’s nothing remotely fun about having to break up with someone who you cared about.

However, noticing the signs is vital to your sense of self and confidence.

Devious women use gaslighting as a way to control you. According to the Britannica online dictionary, gaslighting is ‘an elaborate and insidious technique of deception and psychological manipulation, usually practiced by a single deceiver, or gaslighter, on a single victim over an extended period.’

When she starts pulling it on you, your self-esteem will plummet.

She tries to rewrite history. You remember what happened — you remember it all too well.

But when you speak to her, or have an argument with her, she twists things around. She paints a picture that always makes you the perpetrator. She labels you a ‘toxic male’ and tells people that you are the one controlling her.

Here’s the plot twist: She is in control.

Are you paying for everything? Does she even reach for her purse when the check comes? Has she asked to borrow money until she gets paid? Is this behavior happening more and more often?

If the answer is yes, yes, yes, and yes, take note. Something is wrong here. While it’s gentlemanly to treat her to a meal and gifts, don’t make it the norm.

If you’re always paying for everything — and she keeps asking for more — you might be in a financially abusive relationship.

She’s treating you like her personal bank and that has to stop. Being in a healthy relationship with someone doesn’t mean that you pay their way.

We all have a responsibility to look after our own finances and pay our own bills. If she is constantly disrespecting you and your finances, that is something you need to address.

Trust is the foundation of any relationship. She might be telling little white lies about where she’s been or lying to you about who she’s seeing.

Either way, it’s not acceptable for her to straight-up lie to you on a daily basis. Some women think that this level of deception is normal.

If they have been in bad relationships in the past, they might think it’s no big deal.

When you accept lying as a baseline, you become less of a man. You are lacking the self-confidence to stand up to her and say ‘no’. It’s time to level up.

The main signs that you shouldn’t trust your girlfriend

Can you really trust your girlfriend? It’s the eternal question.

It doesn’t matter if you’ve been together for two months or 20 years, you owe it to yourself to recognize the red flags.

She might be walking all over you without you realizing it. I’ve seen far too many men in that situation and it has to stop.

Fortunately, there are some signs that will give you a heads up. Ask yourself, does the following sound familiar?

1. She is always flaky about times and plans you make

You’re left having to chase her with texts and calls… and you end up feeling like a fool.

Not only is flakiness annoying but it’s a sign that you can’t trust her.

You have to question why she is continually late or unavailable. What is she doing that is taking up her time? Is she a naturally unorganized person or, worse, does she have something to hide here?

2. She gets weird if you use her smartphone or laptop

You’re about to watch a movie together and you grab her smartphone to Google it. You like to know what the Rotten Tomato score is before you commit two hours of your life to it. The moment your hand moves forward, she darts in the way. She says that she will Google it for you. You don’t need to look at her phone. That is a sign that you can’t ignore.

If she gets weird about her tech — keeping it away from you — chances are, she’s got something to hide.

Whether it’s a website she doesn’t want you to see or text messages from someone else, she is being sketchy. Ignoring that is a mistake you will always regret.

3. She enjoys gossiping about others when you’re together

Women love to gossip. When you’re hanging out together, what does she talk about?

If she’s always talking trash about someone else, that is a red flag. Sure, we all talk about others now and then. However, if her main focus is tearing people down, you need to be careful.

Nobody needs a woman who is going to mess them around that way or keep arguing about things you don’t want to listen to.

She might be all over you right now. You might be her number one… but the tides can turn faster than you realize.

Her lies are going to start small.

Have you already caught her in a white lie? She told you she was seeing Gina after work, but you ran into Gina in the store. Or maybe she said she was planning to go to the gym but came home wearing high heels.

Whatever the lie — however small it happens to be — you need to take note of it. The last thing you need is to be taken in by a total liar.

Small lies soon turn into big ones. If she thinks that she can get away with deceiving you over insignificant things, it’s only a matter of time before she starts to build her way up.

That spells bad news for you. Before you know it, she might be lying about where she is, what she’s doing, and who else she is sleeping with.

Here’s the truth: If you can’t trust her at this point in your relationship, things are only set to get worse over time.

Do you think you can trust her? Men with low self-esteem will often put up with less than they are worth. If you don’t value yourself — how do you expect anybody else to value you? The short answer is you can’t.

Before you get into a serious relationship (or try to save the one you are in), you need to do some self-reflection.

Recognizing that your partner is not trustworthy is a hard pill to swallow. Whether you decide to end the relationship or work on it, don’t lower yourself and accept it.

When you start putting yourself and your own needs first, others will follow suit. Show her that you aren’t willing to take any of this nonsense and that you want only the best for yourself.

Here’s where I step in. I work with elite men to help them fulfill their full potential. If you are tired of coming in second all of the time, I can give you the strategies and tools to make a positive change and become the alpha male you were born to take time and energy.

In my coaching program, I work with elite men to help them become the best versions of themselves. Backed by a supportive community of men, you’ll learn how to value yourself as you should. Armed with this newfound perspective, you will stop putting up with the lies.