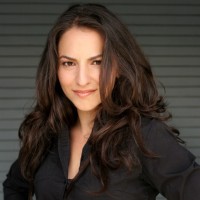 [Interview] Marni Kinrys: How to Go From Mr. Nice Guy to OMG Who is That

By Andrew Ferebee on March 12, 2014 in Relationships

Gentlemen, if you’ve ever wanted to get an “insiders view” of sex, dating, and relationships, you’re going to love my interview with “The Ultimate Wing Girl” Marni Kinrys.

In our epic interview she reveals what pickup artists and dating bloggers can’t…what women actually want (from their perspective) and how you can give it to them.

If you’re a struggling hopeless romantic or you simply want to improve your interactions with and date higher quality women, this interview will give you everything you need and more.

Who is Marni Kinrys?

The ultimate ‘wing girl,’ Marni is a self-taught advice and relationship expert to men worldwide. She has spent nearly a decade working to help men understand women so they can attract, date, seduce and get any woman they want. Marni is the sister every man needs to tell him what women really want. Always the girl’s guy who was very comfortable hanging out with the opposite sex, Marni fell into her current role as ‘wing girl’ while watching her handsome, charming, successful male friends fail miserably while trying to hit on and pick up women.

“You can’t turn a woman on until you turn yourself on” – Marni, The Wing Girl Method

Key Points from my Interview with Marni Kinrys

1. Most Women Don’t Know What they Really Want

One of the most common mistake that men make when it comes to seduction and relationships is listening to women.

I don’t mean that they are making a mistake by paying attention to their girlfriends or listening and connecting to women that they meet.

I mean that they listen to women who think that they know what they want.

Because the simple truth is this, most women have no idea what in the hell they want from a man.

They will pour honey into your ear, telling you that they want a nice guy, a sweet guy, and a stable kind hearted man, all the while going out and sleeping with the bad boys and the d-bags.

Outside of a few highly aware women like Marni, most of the women that you meet will give you terrible advice about what women want and how to give it to them.

2. Women Want a Man Who is a Leader

The first, indisputable thing that all women want (especially powerful women) is a man who is a leader.

This doesn’t mean that you have to lead a group of Navy SEALs into battle against Somali pirates or run a Fortune 500 Company, but it does mean that within the realm of your relationship, you show up, take charge, and move the ball forward.

Women hate it when a guy initiates a date and then shows up saying “So what do you want to do?”

Nothing is a bigger turn off than a man who cannot take charge and lead the way.

Women want a man who will text them and say “We’re going out tomorrow night. I will pick you up at 8 p.m., be ready and wear something nice ;)”

They want a man who has a plan, and doesn’t feel the need to run every detail by them.

They want a man who they can relax with and know that he has things taken care of.

3. Women Want to Feel Like Their Most Feminine Selves

The quality of leadership alludes to a bigger issue that needs to be addressed within the dating world.

The masculine and feminine dynamic within a relationship.

When women, especially career driven and high power women, are with a man, they want to be able to let go of all the stress and struggle of the day and fall into their most feminine selves.

They want to be able to trust in their man totally and embrace the carefree and erratic nature of the feminine.

But to do this, their man (you) must be fully embracing his masculine.

He needs to show up with strength, confidence, and soft aggression showcasing that he knows what he wants and is willing to do what is necessary to get it.

To feel safe with a man, a woman must first see that man stepping into his masculine energy and fully owning his actions and desires.

While this might sound a little bit woo woo and mystic, it’s actually really simple.

Are you showing up as a man?

Are you being honest and expressing your wants and desires? Are you taking charge and leading the relationship? Are you expressing emotional resilience to your woman’s storms and allowing her to feel totally safe and secure in your arms?

The more masculine (not macho) of a man you can be, the more feminine your woman can feel, and the more connection and attraction you will build.

4. Most Women Don’t Care About Money, they Care About the Man Who Has Money

Many people will tell you that women don’t care about money, or that money doesn’t matter in attraction.

And that’s true… to a point.

You see, the key thing you must realize is that money is an indicator of character.

Most men who have money also have a strong ambition, work ethic, hustle, and desire for a better life.

This attitude permeates every area of their lives and women know that in most cases, men with money posses a certain set of characteristics that make them high quality mates.

For example, men with money tend to be more emotionally stable and consistent, since it’s hard to keep any amount of wealth if you are swept up in the tide of emotions and desires.

Women see this as an indicator of security and commitment.

None of this is to say that women are not attracted to men without money.

As long as you can display similar characteristics and they know that you are taking your life somewhere, the balance in your bank account is irrelevant.

So while money might not matter as much as you would imagine, it is a reflection of the man, and that is what women find attractive.

At the end of the day, women are just like the rest of us, and they just want to have fun.

If you can remove your ego from the seduction process and start going out with the sole intention of having fun and enjoying your time out with friends, women will be attracted to you.

They want to be with the guys who are having the most fun, and if you can go out with a care free attitude and just enjoy being at a bar or club or any other social gathering, women will sense this and want to be around you.

The more fun you can have, the better your life will be, and the more women will flock to you.

How to Win Friends and Influence People by Dale Carnegie

Get Inside Her by Marni Kinrys

The Importance of Men in Your Life
36: Kevin Harrington: Winners Make it Happen!

One Response to [Interview] Marni Kinrys: How to Go From Mr. Nice Guy to OMG Who is That