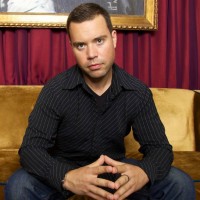 13: Jordan Harbinger: Improve Your Social Skills and Relationships with the Power of Giving Value

By Andrew Ferebee on December 26, 2013 in Relationships

Jordan Harbinger, once referred to as “The Larry King of podcasting,” is a Wall Street lawyer turned talk show host, social dynamics expert, and entrepreneur.

After hosting a top 50 iTunes podcast for over a decade that enjoyed nearly four million downloads a month at its zenith, Jordan has embarked on a new adventure: The Jordan Harbinger Show, where he deconstructs the playbooks of the most successful people on earth and shares their strategies, perspectives, and insights with the rest of us.

Jordan’s business sense, extensive knowledge of the industry, and contemporary approach to teaching make him one of the best and most sought-after coaches in the world.

With books like the “4-Hour Work Week” sweeping the nation by storm, many young men think that entrepreneurship is going to be a breeze.

They imagine that they can just outsource their life and work and sit back on the beach drinking Mai Thais.

But the truth is not so simple.

We live in one of the most competitive times in human history.

It has never been as difficult to break through the noise and become successful than it is today.

And this means you are going to have to work and work damn hard.

So strap in and forget the pipe dream of working four hours a week.

It’s not pretty, it’s not easy to sell, but it is the reality.

2. Learn to Become a Master of Social Skills Not Just Seduction

Lots of men want to become masters of seduction.

And sure, it’s fun to meet lots of women and get laid.

Real success in life and with women comes from becoming a master of connection and influence.

The most underrated skill in the 21st century is the skill of social dynamics.

If you can persuade others, intelligently present your points, and make other people feel special, there is no limit to what you can achieve in business and relationships.

But you have to drop all of the pick up garbage and start to focus on a holistic approach to social success.

3. Don’t Be Afraid to Go for What You Love

“You can fail at doing something you hate, so why not take a chance on something that you love” ~ Jim Carey.

No matter what you pursue, there is a chance of failure.

Even the “safe” route of college and a 9-5 corporate job is an extremely volatile and unpredictable path.

So why not go for something that you love?

If job security is a myth and success is not guaranteed doing something that you hate, then why would you do it?

There have never been so many opportunities for hustlers and visionaries to take their dreams and turn them into a reality.

So embrace your passion, embrace what you love, and go for it.

If you fail, you fail.

And if you don’t…

Your life will never be the same.

Many young men want to be successful because they think that money and material possessions will make them happy.

But the truth (according to science) is quite the opposite.

Once you have reached a certain level of financial independence (around $75,000/year) your happiness levels are not drastically increased by buying the nicer car, the fancy watch, or the million dollar mansion.

Instead of focusing on materialistic pursuits, devote yourself to creating a legacy.

If you achieve wealth, use it to make a difference in the world and spend time with the people that you love.

How to Win Friends and Influence People by Dale Carnegie

One Response to 13: Jordan Harbinger: Improve Your Social Skills and Relationships with the Power of Giving Value