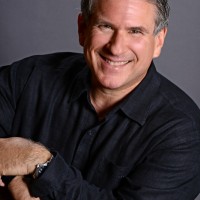 318: Steve Farber: Lessons in Extreme Leadership from an Industry Titan

STEVE FARBER, the president of Extreme Leadership, is a leadership consultant and speaker, and the author of the national bestseller The Radical Leap, The Radical Edge, and Greater Than Yourself.

“Money can buy you a fine dog, but only love can make it wag its tail” ~Kinky Freedman

1. Love is Just as Critical to Business as it is to Relationships

There is an interesting paradigm shift that occurs when most men shed their casual shirts and loafers and don their three-piece suits and black oxfords to prepare for a day at work.

Only minutes before these men set out to bring home the bacon, they are acutely aware of their need to show up in their daily lives with an unconditional love and compassion towards the people they care about.

However, as they rev the engine to their four-door saloon and begin the dreaded “cubicle commute” something changes.

They no longer hold the internal belief that “love is the answer.” Instead, they approach their day with a cold hearted mentality that values little more than efficiency and results.

But they are missing something.

You see, the laws that govern social interactions and leadership are laws for a reason. They apply inside of the office just as much as they apply outside.

And yet, most leaders seem to forget that just like building a family requires love and acceptance, building a business requires a deep sense of love and appreciation, not just for what you do, but for the people you do it with.

Love your employees, seek to help them grow to meet their potential and achieve their dreams.

Love your customers, not by trying to sell them a product or service, but by listening to them and discovering how you can serve them to the best of your ability.

2. Expand Yourself to Expand Others

I want you to imagine that you are a soldier on the field of battle.

The bullets are flying, mortars are exploding, and the screams of the wounded and dying fill your ears.

When all of the sudden, BAM! You fall down to the dirt as a bullet makes contact with your torso. As you lay in the sand, bullets pinging off the earth around you, you look over to your left and see that one of your friends has been wounded as well.

After a few seconds of recovery, you realize that your wound is not fatal.

If you are a fan of war movies or someone with a particularly idealistic view of the world, you would likely say “Run and help your friend!”

And while this is a noble sentiment, it is also entirely foolish.

Before you can help your wounded brother in arms, you need to first take care of yourself. You need to clean and dress your wound and ensure that it will not impede your ability to save your friend and finish the fight.

And this is where most men get it wrong.

We invest so much time and energy into others around us, trying to give everything we have without realizing that a life of complete selflessness is truly the ultimate selfishness.

If you are not taking the time to consistently expand your own mind, your own abilities, your own skillsets, spirit, and emotional resilience, then how the hell can you expand others?

You cannot give what you do not have, and the first step to truly serving others is to serve yourself.

Take time for yourself, allow yourself to recharge and recuperate, invest into your growth and education.

Then, and only then, will you be fully equipped and able to serve others to your fullest capacity.

3. The Greatest Leaders are the One’s Who Focus on Making Others Greater than Themselves

I want you to imagine for a second that it is Friday night.

After a long week of grinding and hustling to achieve your dreams, you are ready to let your hair down and have planned an epic “Boys Night Out” with your friends at a local nightclub.

Normally, this night is reserved for you and 4 other close friends, but tonight is different. Tonight, two of the men in your crew are bringing along a friend of their own.

Suited up, looking dapper as Frank Sinatra himself, and ready to have one helluva night, you roll up to the first venue and walk in to meet the new guys.

The first guy,  is a tall, shredded, specimen of a guy, adorned in the latest designer clothes, his hair slicked back perfectly, wearing a smile bright enough blind you.

The second guy is relatively plain. By all outward appearances, he is completely average, he doesn’t look like Homer Simpson, but he’s no Brad Pitt.

Now, with the first impressions out of the way, you begin interacting with these two men and start to see their true character appear.

The first man, while a class act by appearances, spends the entire night focused on himself.

He is constantly talking about himself, his achievements, and his plans. And while his accomplishments are admittedly impressive, he never pauses the conversation long enough for you to get a word in.

The second man however, barely speaks about himself at all. Not because he is trying to be mysterious, but rather because he is so intent and so focused on you. Not only is he a master at asking questions and learning about who you are and what you want, but more importantly, he seems genuinely interested and intrigued to find out more.

Now the night shifts and your crew begins talking to a few of the local girls hanging around the bar.

Guy #1 immediately jumps in, bragging about all of his accomplishments and telling everyone within earshot just how great he is, completely blocking you from even introducing yourself to the increasingly annoyed beauties at his side.

Man #2 however, doesn’t say a word about himself, he takes every opportunity that is presented to tell the woman he is talking to just how great you are and gives you opportunities to humbly boast about your own accomplishments and successes.

Who are you going to want to hang out with after that night? Who will you want to initiate into your group? Who would you be willing to follow?

I think the answer is pretty clear.

4. See the Pain as a Learning Experience

Whenever you are in pain, there is one phrase that you never, ever, ever, want to hear.

“This is an opportunity for you to learn”

However, your cries for silence notwithstanding, truer words have never been spoken.

I want you to think back with me for a moment.

Almost all of you have probably experienced a breakup at some point in your life, and many of us have experienced heart breaks so devastating that we thought we would never recover.

Now, I want you to relive that pain.

I want you to go back to the minute that you read that text, hung up the phone, or left that cafe and realized “It’s over.”

I want you to remember the nights where you cried yourself to sleep, the days when you couldn’t focus at work because all you could think about was how much you missed her, those moments of weakness where you wallowed in self-pity believing that you would never find someone as good as her.

And now, I want you to come back to the present.

For many of you, the pain described above is still very real, for some of you it may have even happened in the past month, or week, or even day.

But for many of you, this pain is a distant memory, time has healed the old wounds, and you have moved on with your life.

And for almost all of you, you learned some of the most valuable lessons you have ever learned in the process.

We live in a society that avoids pain, avoids failure, and avoids anything short of perfection.

Any man who undergoes a radical change in his life almost always does so out of a place of pain.

And as he progresses on his path and looks back at the steps he has taken, he realizes that the pains and failures that he endured were the very things that equipped him to live the life that he loves today.

Don’t fear pain and failure, learn from them.

5. You Are Responsible for Your Own Experience

There was an old study compiled in the 50’s-60’s, and while I can’t remember exactly where I read it, the lesson it taught is one of the most profound and life-altering truths that you can learn.

The study followed the lives of two identical twin brothers who grew up in a family with an abusive alcoholic father. Decades after leaving their home, the twins were interviewed by the researchers, who found results that were nothing short of extraordinary.

One of the brothers ended up almost exactly as his father had, except worse. He was heavily addicted to drugs and alcohol, homeless, and had spent years of his life in and out of jail for countless petty crimes.

When the researchers asked him why he ended up where he was, his response was simple, “With a father like mine, how could I have done things any differently?”

The other brother’s story, however, was quite different.

When the researchers tracked down the second brother, they found him living in the suburbs, happily married with two children and a flourishing career.

Surprised at the marked difference between the brothers, the researchers asked the second twin the exact same question.

How did you end up here?

“With a father like mine, how could I have done things any differently?”

You see, you are not responsible for the crap that happens to you in life.

You can choose how you react to situations, you can determine the story that you tell, and you, and only you, can decide right here and now whether you are going to take the sh!t that life throws at you laying down or whether you are going to be a man of grit and determination and create a future for yourself regardless of the cards you have been dealt.

1. The Leadership Challenge by Jim Kouzes and Barry Posner

2. Leading Out Loud by Terry Pearce

3. The Lord of the Rings Trilogy by J.R.R. Tolkein