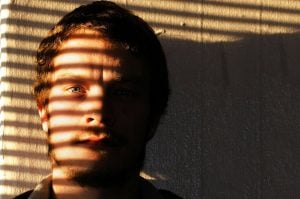 No man is an island. Emotional vulnerability is the key to relationship success.

We’ve all done it. Building a figurative moat and massive wall around yourself might protect you in the short term but it’s a real error. I’ve been there myself—I used to believe that hiding my vulnerabilities from the world would keep me safe. Yes, I was in for a shock.

I ended up locked outside in the cold. I was isolated, scared, and verging on the worst depression of my entire life. I thought I’d never pull myself out of the hole.

It was then that I realized the truth: You need to open up to people if you want to connect with them and build strong bonds.

Having these connections is not a weakness. It’s a strength. Meaningful relationships give your life purpose and offer the support you need.

We’re not taught to be emotionally vulnerable. From the moment we’re born, we’re told we need to be strong, capable, and stoic. Showing emotion is not a masculine trait—or so we’re led to believe. So, what happens? We shut off. We become a shell of a human.

When you have that wall up high, it blocks out everyone around you.

Sure, they know the surface-level version of you—the one that you present to the world. But they don’t know who you are beneath that. It’s all fake.

Does the following sound familiar?

If I’ve just described your whole personality, chances are you’re hiding from the world around you. You’re so scared of being vulnerable that you’ve locked your real self in a box deep down inside.

You’re a walking, living, breathing facade…. So it’s no wonder that you’re not connecting with her.

What is emotional vulnerability in a relationship?

Vulnerability is power. The concept of opening up emotionally might make your stomach sink to the ground.

However, according to research from Dr. Brené Brown, daring to be emotionally vulnerable leads to personal growth, connected relationships, and the ability to transform ourselves in newfound ways.

I’ve experienced this myself. From the second I started to open the door to others, I was able to engage with them in a realistic manner.

Make no mistakes here… Daring to be emotionally vulnerable is an act of pure courage. It will, and should, feel uncomfortable when you first do it.

Get comfortable with your discomfort. It’s the soil that will help you grow and become the high-achieving version of yourself you deserve to be.

As you start to branch out and connect with the people around you—romantically, socially, and professionally—you will see a major shift in all aspects of your life. It takes true bravery. But it’s one step closer to becoming the strong, grounded, and connected man that you’re aiming to be.

Love is nothing without connection and vulnerability. Without being open with her, you’ll fail at creating a solid relationship.

Frankly, it’s a sham. When she doesn’t know the real you, you might as well be dating a stranger. The two of you deserve better than that BS.

Research suggests that communication issues are one of the top reasons that people break up. That sturdy wall that you’ve built around you may be protecting you from the harsh realities of the world, but it’s also blocking out the woman you love.

No matter how hard she tries to get through to you, you will always have your guard up around you.

Showing your emotional vulnerability is a gigantic leap forward. It shows her that you trust, love, and respect her. These are all the qualities that women desire in a relationship. If you want to keep her (and you do!), have the courage to show her who you really are.

How to cultivate emotional vulnerability in your romantic relationships

Is your relationship on the rocks? Perhaps she complains that you’re too closed off. Maybe she says that she can’t read you or your emotions.

You might not even notice it happening. She will start to tell you that she’s unhappy with her actions. For example, she might stay out later than usual, forget to call you after work or quit asking you to come out with her.

These red flags show you that she’s losing interest. Before you know it, she will have packed her bags and left you a note on the countertop.

Sayonara, relationship. Goodbye having someone to come home to each night.

The good news? You have time to change your ways… but you’d better act fast. Becoming more open in your relationship will help strengthen it in every way.

If you’re not sure how to become more emotionally vulnerable in your relationship, here are my expert strategies.

1. Stop trying to be a macho man in your relationship and show your true self instead

“Everybody is equally weak on the inside, just that some present their ruins as new castles and become kings.”– Simona Panova

Think all women want a macho man to solve their problems? Think again.

You don’t need to be this unrealistic version of yourself. Sure, women are attracted to strength and stability. From an evolutionary point of view, that makes sense.

Understanding how to be assertive and confident in who you are and where you stand is the start point.

She needs someone to protect her, provide for her, and give her the security that she needs in the future.

Spoiler: You can do all of the above and still be emotionally vulnerable.

Learning to be a stronger, more grounded version of yourself will give you the power to be open with others. I’d like to invite you to join my community of high-achieving men on my coaching platform.

2. Understand that being vulnerable is brave and you can’t transform your outlook overnight

Vulnerability doesn’t happen immediately. It takes a gigantic amount of bravery to open up to those around you. Right now, you haven’t even taken the first step.

The thought of revealing yourself to others might scare you. That’s normal. The fear and discomfort you feel at the thought of being emotionally vulnerable are only natural.

It’s a lengthy process. When I first started becoming more emotionally vulnerable, I found it terrifying. I’d been closed off emotionally for my entire life.

Each time I shared something personal with someone around me, I experienced shame and felt like my power was taken from me. However, I can promise you that this emotion is temporary.

As I started to experience the results of this shift—and connected with others—everything changed.

3. Quit worrying about what other people think of you because you cannot change their minds

Do you lie awake at night wondering what other people think of you? When you come home, do you replay social scenarios searching for evidence that people were judging you?

If the answer is yes, it’s time to change your ways. Repeat after me: You cannot determine how people see you. The way that they perceive you doesn’t reflect who you are, and it never will.

Believe it or not, it is more indicative of how they see themselves.

You have absolutely zero power over how others see you. So, in the words of the late, great Charles Buckowski, ‘don’t try’.

Becoming emotionally vulnerable means that you stop trying to impress people—including the woman you love. You show your authentic self, warts and all.

When you are brave enough to say to the world ‘this is me… take it or leave it’, you’d be surprised at how many people out there want to take it. Shed your insecurities and stand in who you are right now.

4. Don’t give in to the feeling of overwhelm… push through it and keep opening up to her

Relationships are never easy. When you start opening up to her, you’re going to feel exposed.

You’re so used to being the manly man who rarely shows emotion that this shift will feel more dramatic than it has to be. That feeling of complete overwhelm will be stronger than ever the first few times you start opening up.

Don’t make that mistake. Experience the feeling of overwhelm. Sure, you can’t help that.

But push through to the other side. No matter how uncomfortable it feels, you have to keep moving forward. You might find that this changes your relationship but that will be for the better.

If she’s the right woman, she will appreciate your openness and become closer to you. With each new revelation, the two of you should become more and more connected.

Has the following scenario ever played out for you?

You’re at a bar and you’ve had one too many whiskies or beers. You’re talking to her nonstop. You’re barely coming up for air.

She didn’t ask but before you know it, you’re spilling out your entire history. You’re telling her how your mom used to make waffles on a Sunday morning and that you never really got on with your dad.

Let’s be honest—it’s all coming out now.

Your alarm rings. You wake up with a dry mouth, a banging headache, and a whole world of regret. You feel seen and want to hide away until it all blows over.

It shouldn’t come as a shock that this story isn’t ideal. Becoming emotionally vulnerable doesn’t mean airing all of your dirty laundries.

It means having the guts, to be honest with her. Oversharing too fast is a grave error. It means that you’ve shown her every side of yourself and there’s nothing left to explore. Take things slowly. Don’t rush to share too much.

Emotional vulnerability takes courage and time to perfect. Start making small changes to your behavior now and watch how it strengthens your relationship.

Emotional vulnerability will bolster your bond with her.

There’s no guarantee that your relationship will last… but you want to give yourself the best chance at success, it’s time to get comfortable with being open. Apply my tried and tested strategies as a starting point and keep working on it each day.

The road to emotional vulnerability will be challenging but the results that you gain will be worth it in the long run. It will quickly lead to a connected, lively, healthy relationship with her. That is a steady investment you can make today that will stand the test of time.

Ready to transform yourself for the better? Learn more about my coaching program and the work I do with men to help them become the strongest version of themselves with expert coaches and the support of a community of like-minded men.