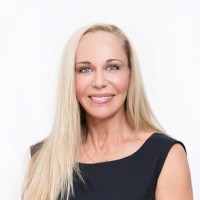 By Andrew Ferebee on March 20, 2017 in Masculinity, Relationships

Susan Winter (Author of Allowing Magnificence and Older Women/Younger Men), is a bestselling author and relationship expert specializing in higher thinking for an evolving world. She writes, speaks and coaches on cutting-edge partnership models as well as traditional relationship challenges from a platform that fosters self-esteem and personal empowerment.

She has been featured on many major media outlets including Oprah, ABC, NBC, CNN, and BBC

“I won’t be less just because you cannot be more”

1. You Need to Partner with Someone Who Wants you to Be All You Can Be

One of the greatest mistakes that men (and women) make is partnering with someone who is too insecure to help you step into your greatness.

You see, there are many women out there who will find a man who they are attracted to because of his hunger, drive, and potential, but once the relationship starts, they will try and sabotage that.

Some of them do this consciously, fearing that if their man builds the 7-figure business, gains the muscle, or changes his life that he will no longer want to be with her.

And some of them do it subconsciously, as they try to hold you back because they are not willing to truly step into their power.

If you want a happy and fulfilled life, then you need a partner who is not only ok with your personal growth, but insists upon it.

You need a partner who wants you to grow and become all you can be and who does everything in their power to facilitate that growth.

If you can find a woman who wants to nurture you and help you achieve your goals (and for whom you are willing to reciprocate this support) keep her.

Remember that behind every successful man was a strong woman.

2. Money and Success are Important Because of their Implications

Many gurus and teachers in the dating and pickup game like to say that money doesn’t matter.

And it matters a lot.

But not for the reason that you might imagine.

To most women, money is a mere indicator of a man’s character.

If she sees that you are young, wealthy, and working in a career that you love, then she will instantly assume that you are hard working, disciplined, visionary, and willing to go the extra mile.

These are all qualities that make a man desirable.

For most women, (and yes there are exceptions), they like a man with money, not because he can buy them a Mercedes, but because he has demonstrated that he has a set of characteristics that are key to being a successful husband and father.

If you are 27, broke, and living on your mom’s couch, most women will not be attracted to you as a long term mate.

Not because you don’t have assets.

But because you do not have the internal hunger and drive needed to make you a success.

Most women will mature into liking the nice guy.

The guy who is gentle and sweet, who prioritizes her needs, and isn’t an as*hole in public situations.

But strong grounded women will never transition into liking the soft guy.

Men, you need to realize that woman want a good man, but they also want someone who is good a being a man.

Women want a man who can take charge, who can lead, who can argue with grace, who has his dreams, his goals, and his visions.

They don’t want a soft little boy who is too scared to take charge of his life!

Many of your nice guy tendencies will one day help you to find and keep the right woman, but being soft do little more than help you get pushed around.

So often we are told to be vulnerable.

But as men, that word is uncomfortable, and the implications of being vulnerable make us feel like a turtle without his shell.

Instead, seek to be direct in your relationships.

Tell women what is up from the start.

Looking for a long term relationship? Not into monogamy? Focusing on your work and can’t handle anything serious right now?

Be direct and say it.

Stop hiding from your truth and embrace it.

You are going to lose women because of who you are and what you stand for, and not only is this is a good thing, but it is unavoidable.

Let’s say that you were unwilling to be direct with a woman about the fact that you are seeing other people.

You were scared that you would lose her if she found out, so instead of bringing the conversation up and telling her your truth, you swept it under the rug.

A couple of months down the line, your phone rings while she is over and she notices that you have a text from one of your other women talking about how wonderful last night was.

Now, not only have you completely ruined this relationship, but your lack of honesty and authenticity has hurt your woman and made her feel inadequate.

Be direct from the beginning and you will never go wrong.

5. You Must Continually Seduce Your Woman

Once you “have” your woman, you must continually seduce her just like it is the first time you ever met her.

In fact, once you are together, it becomes even more important that you are constantly pouring into the relationship and trying to grow together.

Imagine that your girlfriend or wife is like a business client.

You know that in business, once you land a client, the journey has only just begun.

You need to constantly do great work for them, report on problems before they arise, and surprise them with amazing little “extras” to keep them interested in your company.

The same thing is true of keeping a great woman.

Just because you have “sold” your woman doesn’t mean that your job is done.

In fact, it has just begun.

Now you need to start working even harder to keep her.

Surprise her with spontaneous dates, remember the small things that she mentions to you, hold her close and tell her that you love her.

Treat your woman the way that you would treat your biggest client and you will never go wrong.

347: Mike Bundrant: Overcome the Hidden Cause of Negative Emotions, Bad Decisions and Self-Sabotage
349: Sean Ogle: Bust Out of the 9-5 and Become a Location Rebel