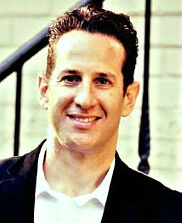 Mark Lee Greenblatt is an attorney based in Washington D.C. having worked several high profile senate corruption cases. Mark spent 5 years and hundreds of hours investigating to gain the information for his book “Valor” which tells the stories of the unsung heroes of the war in Iraq and Afghanistan.

In his book Valor, Mark shares a story about Chris Choay, who, while trying to lead his squad in a flanking maneuver, found himself completely alone and exposed only meters away from the enemies position.

Instead of retreating, Chris calmly raised his rifle and fired…only to find his gun had jammed. He now stood like a fish in a barrel; if any of the insurgents looked over and saw him, he was dead. Calmly lowering his weapon, Chris cleared the chamber, reloaded a new magazine, and engaged the threat, eliminating the remaining hostiles.

Through his actions, Chris demonstrated extreme courage and performance under incredible pressure. It is this grace under pressure, this resiliency to the surrounding environment that we can demonstrate in our own lives when our first world problems causing undue stress and frustration.

2. Change your frame of reference

You are not at war, you don’t have enemies firing bullets and rockets over your head, and odds are you never will. In the western society, we often find it so easy to get angry at the smallest things.

When the wifi in our house isn’t as fast as we want it to be, we throw a fit, screaming and swearing at the lifeless modem. When the wait time at our favorite restaurant is longer than we want, we complain and whine about how terrible life is and how we don’t have the time for this (ignoring the four hours we wasted on netflix that afternoon).

We need to remember this and see our issues for what they truly are.

For his book, Mark interviewed Navy SEAL Chris Kyle for several hours. Chris is the most lethal sniper in U.S. history having over 150 confirmed kills (and reportedly as many as 240 total), several bronze and silver stars, and being nicknamed “The Legend” by the SEAL community.

However in all of his interview, Kyle never once mentioned any of these things. In the day of twitter and instagram, we struggle to cook a good steak without bragging about it to our entire social circle, however men of true character are humble in accomplishment and it is the exploits of men like Chris Kyle that remind us of this.

4. Push yourself beyond what you think you are capable of

The Navy SEALs are famous for what they call “hell week” which is 5 and a half days of nonstop mental and physical pain. During hell week, recruits are kept awake for nearly the entire week, receiving a maximum of four hours of sleep, they are forced to run over 200 miles, and sit in the freezing surf of the pacific ocean.

As a society, we have become used to soft living and mundane existences, therefore, whenever a challenge does present itself, we cower away from it, fearing the pain of growth.

As men, we must begin to seek challenge realizing that we are capable of far more than we could ever imagine, and that it is by doing the perceived impossible that we grow.