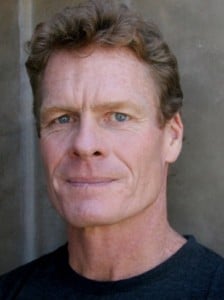 Mark is from upstate New York and did his formal undergraduate education at Colgate University. His years at Colgate University were focused on athletic endeavors such as competitive swimming, rowing and triathlon racing, interrupted by brief episodes of academic activity. After graduation from “the Gate” Mark started his professional career as a CPA with Coopers & Lybrand in New York City. Clients included luminous and no-longer existent financial firms such as Solomon Brothers and Paine Webber.

Four painful years later, with an MBA from NYU Stern School of Business in his briefcase, he left behind the suit to pursue his inner vision to become a Navy SEAL officer. He was 26 when he graduated as honor-man (#1 ranked trainee) of his SEAL BUD/s class 171. Mark was fortunate to serve with many great men and women on active duty for nine year and in the reserves for eleven…retiring at the rank of Commander in 2011.

After leaving active duty in 1997, Mark started his second business career as an entrepreneur. He co-founded the successful Coronado Brewing Company and launched NavySEALs.com in the year he left the active duty Navy. NavySEALs.com is the leading web site for gear and information about the SEALs. US Tactical was next, gaining contracts with Naval Special Warfare Group ONE for training support, and the Navy Recruiting Command for a nationwide mentoring program for SEAL, SWCC, EOD and Diver candidates.

Mark’s business career was interrupted by a stint as an Adjunct Professor of Leadership at the University of San Diego, where he was pursuing his Doctorate in Leadership, then by a one year recall to active duty in 2004. The recall took him to Baghdad with SEAL Team One to conduct a special project for Naval Special Warfare Command surrounding the role of the USMC in Special Operations.

In 2007 he launched his CrossFit affiliate and the now internationally known SEALFIT program to provide transformational personal and team training experiences. The training utilizes an integrated warrior development model he developed, called Unbeatable Mind, which draws from his 20 years as a SEAL and business leader, 25 years as a martial artist and 15 years as yoga practitioner.

“We do today what others won’t so we can do tomorrow what other can’t.” – Navy Seal saying

1. Win the Battle Before You Begin

If you want to win any battle, you must first win the battle that is raging in your mind.

Before you go into any business situation, difficult conversation, or physical challenge, spend time in silence and meditation, and visualize the outcome that you want to achieve.

Walk through each step in your mind.

Go through the different scenarios and outcomes and picture exactly how you are going to respond.

You need to understand that your mind cannot tell the difference between that which is real and that which is vividly imagined, and by visualizing victory before you set foot on the battlefield, you will make success an inevitability.

2. Get Centered and Find Your Inner Peace

But you cannot allow the circumstances to dictate your reactions and responses.

You must take the time to get centered and find your inner peace.

When you can take a moment, step back and allow the storms of life to swirl around you without allowing them to affect you, then you have true power.

Whenever you feel the stress of life circling in around you, take a moment and get centered.

Do this for several minutes and you will find yourself centered and ready to face the challenges that life presents.

3. Train Yourself Before it is Necessary

No matter what endeavor you are pursuing, all success that you achieve will stem from your training.

The SEALs have a saying

The more you sweat in peace, the less you bleed in war

If you can discipline yourself to start sweating more when thing are easy, to train hard when life is smooth, and to commit yourself to constant improvement when it’s not a necessity, you will be prepared when calamity strikes.

Train in your business, learn how to quickly acquire and retain clients and develop the skills necessary to be one of the best before you lose a client that makes up 50% of your bottom line.

Train your body to be resilient to injuries and sicknesses by exercising regularly, eating well, and taking your recovery as seriously as your workouts before you have the opportunity to compete in that big event and you will be able to show up in a powerful way.

Train in your relationships, set boundaries early and express love freely, that way, when a disagreement inevitably arises, your woman will already know your rules

4. Become Aware of the Negative Patterns in Your Mind

To succeed at the highest level you must not only cultivate positive patterns, but you must also eliminate all negative patterns in your mind.

In any moment, there are two wolves fighting for your attention.

You must choose to starve the wolf of fear and feed the courage wolf.

If you ever have feelings of self-doubt and negativity or feelings of fear and inadequacy, you have a choice.

You can allow those feelings to run rampant and dictate your life, or you can choose to interject and redirect.

You can choose to notice those feelings, those thoughts, and those emotions and change them into something positive.

Create a mantra or affirmation and repeat it to yourself anytime you don’t feel like you can keep going or feel the wolf of fear creeping up in your mind.

When Mark was going through Hell Week, he continually repeated to himself “Feeling good, looking good, oughta be in Hollywood”.

Find your own mantra that is meaningful to you and use it to redirect your thoughts and starve the wolf of fear.

5. Get Laser Focused on One Thing

It comes from doing one thing and doing it at the highest level possible.

If you really want to achieve success in your business then you need to choose your one thing.

Just pick one thing, become exceptional at that one thing, and keep working at it until you achieve success.

And if you don’t have the discipline and the will power to focus on your one thing, then you will find yourself living a mediocre life instead of an extraordinary one.

As a Man Thinketh by James Allen

Autobiography of a Yogi by Paramhansa Yogananda

The Way of the Seal