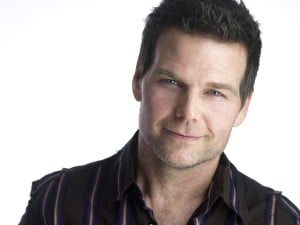 Bo Eason is a former safety of the Houston Oilers, now, a playwright, actor, and personal development coach. In 2009 Bo produced a daily talk show called the Bo Eason Show and his stage production “Runt of the Litter” is currently being played on several stages across the nation. Bo also runs a personal development company focused on teaching individuals and companies to share their stories in a more compelling way.

It is not the critic who counts; not the man who points out how the strong man stumbles, or where the doer of deeds could have done them better. The credit belongs to the man who is actually in the arena, whose face is marred by dust and sweat and blood; who strives valiantly; who errs, who comes short again and again, because there is no effort without error and shortcoming; but who does actually strive to do the deeds; who knows great enthusiasms, the great devotions; who spends himself in a worthy cause; who at the best knows in the end the triumph of high achievement, and who at the worst, if he fails, at least fails while daring greatly, so that his place shall never be with those cold and timid souls who neither know victory nor defeat.” – Theodore Roosevelt

In the modern age, we rarely get a glimpse into the trials and obstacles that many of the “overnight successes” face. We are lead to assume that they achieved success purely from talent. We are not shown the years of hard work and effort poured into their so called “instant success.” Talent is a myth, the only way to achieve greatly is to dare greatly and work harder than every single one of your competitors.

2. Mastery is a learned skill

3. Obstacles are inevitable if you want success

When Bo decided to become a pro football player. Every odd was against him. He was shorter and slower than the typical safety, and did not get picked for the college he hoped to play at. However, despite being a walk on at a small university, he was still drafted into the NFL, going on to become one of the best in the league.

If obstacles are inevitable to success, then we must learn to love them. Accept challenges for what they are and take pride and pleasure in the process of becoming better. Don’t see obstacles as a negative but rather view them as a way for you to sharpen yourself as a performer in whatever field you choose.

5. To gain follows you must learn to tell a good story

Bo now runs seminars and key notes teaching people how to tell a convey their story in a memorable way. He has learned that all great leaders throughout history achieved their success because they were able to tell a story, they were able to cast a vision and create a reality for people to follow. If you wish to be successful in any endeavor you must learn how to tell your story.

6. Be a warrior and not a critic