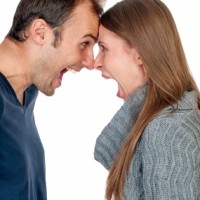 Are You in a Relationship with the Wrong Woman?

By Andrew Ferebee on March 21, 2013 in Relationships

After hearing far too many similar stories from men, I realized there were some common threads running through many of them, so I compiled 10 glaring red flags that you should pay attention to.

I haven’t organized them in order of importance. They are simply all important.

1. She insults you, even jokingly.

Putting you down is never OK. She’s obviously insecure, and her go-to way to feel better about herself is to try to break you down. Run. Now. She is the wrong woman for you!

2. She is disrespectful of bodies in the way she refers to them.

Even if she’s not talking about you, she probably will as soon as you’re not in front of her. It’s not cool for women to take on a objectifying attitude of any kind.

This is something I’ve seen in some women, and I recognize it as them trying to fit into what they think is a masculine role. But it’s not the right way to accomplish that. It just makes them look like jerks.

Call her on it and then move on. Do the next girl a favor and tell her it’s not a good look, but don’t waste your time trying to reform her. I’d say that nine out of 10 times it won’t work, and it won’t be worth the trouble.

Being cheap has nothing to do with money. Being generous with your time and your affection and finding creative, free date nights doesn’t cost a dime. Being cheap can be synonymous with being selfish. You’re worth more than that, so go find someone who thinks so, too.

4. She talks about her exes a lot.

She may not be as over them as she would want you to believe. Even if she can’t stop telling you how much she hates her ex and how much she screwed him over, she’s still talking about him, which means her ex is still on her mind.

5. She won’t meet any of your friends, or she won’t let you meet hers.

7. She accuses you of things you’re not doing.

If her accusations are really out of left field, then she may be projecting her guilty conscience on you, which means she’s accusing you of doing what she’s done in the past or what she’s doing now. But what if that’s not the case and it’s simply trust issues? Trust issues are never simple.

Ask yourself if you’re willing to pay for the last girl’s mistakes.

8. You’re wondering whether she’s using you.

If you’re wondering this, she probably is using you. You should never feel like the person you’re with has suspicious motives for being with you. She is definitely the wrong woman for you.

9. You feel lonely in her presence.

Have you ever dated someone who made you feel more lonely when you were with her than when you were actually alone? It could mean she’s withholding affection for any number of reasons, or it could just mean the chemistry isn’t there.

If this happens often with the girl you’re dating, you should probably keep looking.

10. She hits you, pushes you, slaps you, kicks you, or calls you names.

It’s time to end it immediately, no explanation required. No “let’s go to therapy,” no “baby, I’ll change,” or, even worse, “you made me do that.” The second it turns physically violent is the second you should move on.

Bonus: You keep asking yourself if this girl has too much baggage for you.

If you’re asking yourself this, she probably does, plain and simple. Life is too short to waste it on the wrong people. She is the wrong woman so move on!

If you don’t believe me, then think of it this way: While you’re trying to change Ms. Wrong into Ms. Maybe, it’ll work out for a few months, but meanwhile, your real Ms. Right may be getting swept up by someone who isn’t wasting her time.

* If you liked this article then you’ll love my formula that, if followed, will give you everything you need to develop your masculine spirit, find your deepest calling, deepen your purpose and character, and become the strong Grounded man you were born to be.

Introducing The Dating Playbook for Men.

It’s my life’s work and the culmination of more than 10-years of experience, 400 expert interviews, and more trial and error than I care to remember. I’ve devoted more than a year of my life to writing, editing, and revising this book, and I can tell you, beyond a shadow of a doubt, that this is the solution you’ve been looking for to meet, attract and keep the woman of your dreams. 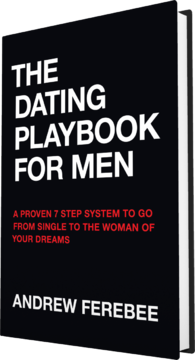 Get your copy of The Dating Playbook for Men on amazon!