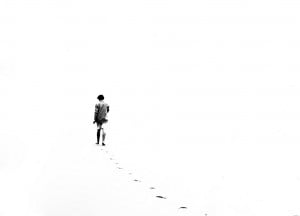 And ever since god passed hopelessness has become our religion. Anti-depressants became our bibles, priests have been substituted by counsellors and external approval has become the closest we get to enlightenment.

Metaphorically I speak, of course. I’m not claiming that god exists or that god doesn’t exist. What I wish to do is raise awareness to how the gradual loss of a conceptualized supernatural force has impacted our lives. God, in this terms, was the representation of the meaning of life (with the afterlife promises and rewards) and its death represents the loss of an immediate object of significance.

While humanity has never lived such a prosperous, safe and comfortable existence, problems from new roots have developed. The numbers are undeniable, we are facing a crisis of perception:

– Antidepressants are now the most commonly prescribed medication in the U.S.A.
– The use of antidepressants in Europe has been increasing by 20% every year for the last two decades
– An estimated 1 million people worldwide take their lives by suicide every year
– Suicide is the third leading cause of death among young people in the U.S.A.
– Suicide attempts are up to 20 times more frequent than completed suicides 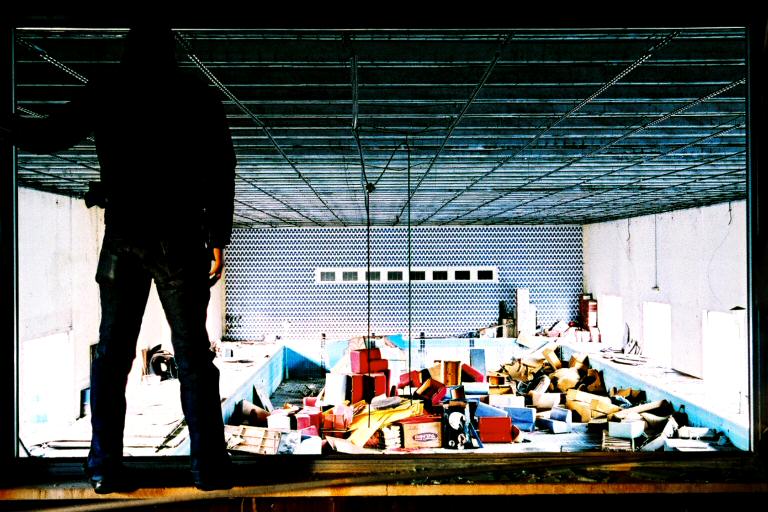 The real blind is that who does not want to see. People are feeling more and more abandoned in what should be a “connected world”. You might tell me that God has nothing to do with this simply because you’re not religious and the issue dies here. And I respect your atheism.

But Do You Respect Your Atheism?

What does that mean, respecting your atheism?

First of all we need to acknowledge that we are humans, and, as humans, we have an intrinsic need to derive higher meaning from somewhere. Looking for sources of meaning is a behavior that can be observed throughout almost every single culture in the world. We can even call it a biological need!

Some authors argue that it’s neurologically imprinted and the author Dean Hamer goes further when he isolates what he calls “the God gene”, a gene that predisposes humans to search for spiritual or mystic experiences. This spiritual quest might take many forms and some authors even claim that young people might find it through spirits (yes, the booze). Since we naturally pursue altered states of perception drugs and alcohol might be an easy gateway to reach them. The problem is that, just like many religions and belief systems, its highly damaging to one’s health.

Our bodies are more than a complex survival-oriented machine. Andrew Newberg claims in his book “Why We Believe What We Believe” that we are biologically driven to find meaning and wholeness throughout our lives. The main problem we are dealing with is that we’re clearly failing in our mission to give people the capacity to explore their own spirituality (i.e. work toward personal transformation).

Given the importance of searching for meaning, respecting your own atheism means to understand that even though you are not pursing your wholeness through God you still have the biological need to find your own meaning! And I believe this should not be neglected/forgotten. 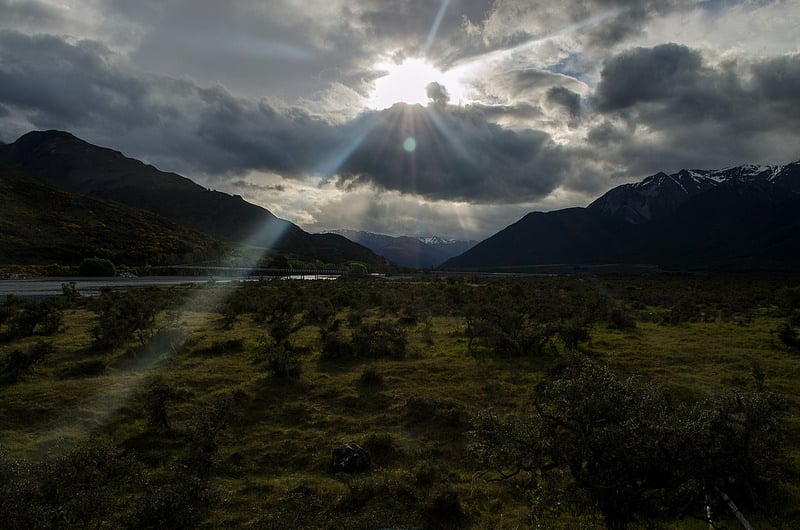 So growing up without any kind of guideline to purpose might easily direct the purpose of existence into the completion of trivial tasks and goals. And this are aggravated by the fact the ever-changing society’s trends will, at some point, make you feel unfit by the inability/demotivation to complete these trivial tasks (e.g. finish education, get a job, be pretty, collect likes on facebook, be better than someone else, etc.).

Once you get tired of following and fulfilling these hollow goals you’ll start to question yourself and your beliefs. I’ll assume being a puppet on a Jersey Shore wannabe world is not your main concern at the moment and that you’ve already dealt with some of this question by yourself.

According to one’s path we can find different approaches to fulfillment:

Keep in mind that I’m not claiming any of this paths is the correct one. My goal here is to make you think about the several paths so you can choose whichever fits you best. You are already on one of these, and your perceived fulfilment level will be a good measure of how fitting your current path is.

But if your current level of fulfillment is not as high as you feel it should, you might just be experiencing what Nietzsche has described has Nihilism. Don’t worry, you’re not alone.

“Nihilism represents a pathological transitional stage, what is pathological is the tremendous generalization, the inference that there is no meaning at all…”- Friedrich Nietzsche

Nihilism is a state of actively searching for meaning and constantly finding none. It’s when you have questioned every theory, every system, and every belief and have found no higher truth. No higher justice, no deeper meaning and no strong reason to continue the daily battle. The liberty, fraternity, and equality are nothing but funny concepts and the path of knowledge have only led you to shatter your own beliefs.

But God’s death, the meaningless existence and the prospect of a grey zone of monotonous repetition for the future are not that bad! Just means that you, as many great people before you, are on the highway to liberation.
Nietzsche refers to nihilism as a disease as describes two main roads that it can lead to. Do you identify with any?

Many religions will claim to remove the veil that obfuscates perception thus giving your life fulfilment. And in reality they do give you fulfilment, but only to a certain degree (communism also does by including the individual in a system that needs him and giving him the feeling of belonging to a greater design). The problem will arise when you notice the flaws.

As long as we search for meaning outside ourselves we will always find flaws. If you haven’t found a flaw in your external system, you haven’t searched enough.

“We are in no need of the delusion of a supernatural world because the very task of becoming human is the truly colossal achievement.” – Rudiger Safranski

So What Is The Formula?

From the wisdom of the greatest authors and leaders (such as Gautama, Nietzsche, Krishnamurti, etc.) comes the exact same notion:

The long-lasting fulfillment comes from the personal journey of self-discovery.

“I maintain that Truth is a pathless land, and you cannot approach it by any path whatsoever, by any religion, by any sect.”- Jiddu Krishnamurti

In the words of Nietzsche: everyone has the potential to become great, yet most people conform and remain mediocre. You have the possibility to reach this pathless land but you must be willing to walk it, and to walk it alone. Once you realized the seed of potential within yourself you can start to work toward a better man.

So The Next Question Is: What Is A Better Man?

I believe the better man comes from the development of two attributes:

Structuring one’s own principles
Ability to give value

This will be your core principles. Not guided by immediate gratification but founded in respect and responsibility. If you see yourself violating your principles it’s because they were not truly structured yet, and there is nothing wrong with that.
External approval will act as a source of feedback, but if you take it as your fuel you are doomed to fail. Appreciation should never be the motive of your actions but the measurement of your success.

Once your core is built you’ll know that even if everything is taken away from you, something will remain. 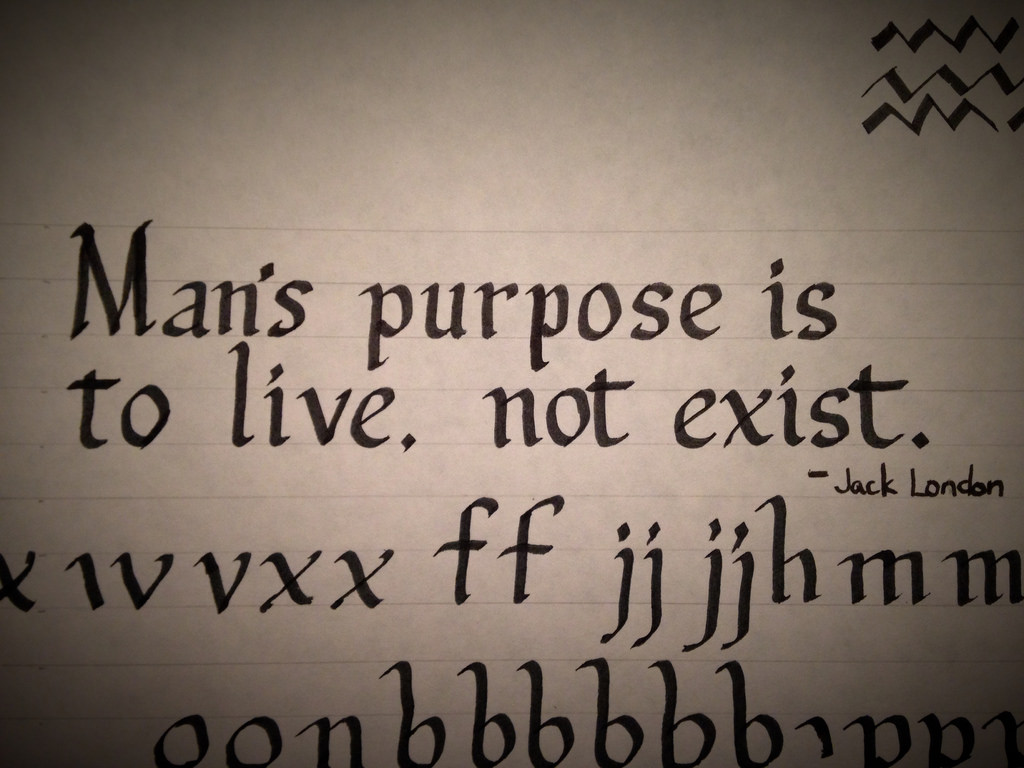 Giving value makes the world go round. Whenever you go to work you give value and you receive value. Whenever you have a relationship you give value and you receive value. And value can take many forms: A compliment, a relationship, time, investment, teachings, support, listening, good emotions, thankfulness, etc. They generally derive from relationships and aid survival. It has very little to do with money.

In fact, money is the lowest form that value can take!

Some people are more drawn to naturally give value than others and basic psychology tells us the following: when one part feels that they’re receiving less than what they’re giving, psychological discomfort will arise.

What sort of value have you been giving to the people around you? And what is the underlying motive for you to do it?

This is one very important question. Some people give compliments only when they want something in return. Some people act nice to you only because they are afraid of you. Some people give a lot of love in relationships because deep inside they want to receive some of it back. I see this kind of value exchange as instrumental, and that’s why it goes wrong so many times.

And before holding on to any form of value, remember that the only things you’ll never lose are the ones you give away.

In The End Of Your Journey Only Two Things Will Matter

1. What you’ve become, and to reach it you must be willing to sacrifice who you are;

2. The relationships you’ve lived, for life itself is a social construction;

But to have these you’ll surely face setbacks, pain and suffering. If you ever let that be a stopper you’ll see yourself fleeing back to the mediocrity of life. In Buddhism pain is a natural part of life and should be embraced as any other step in your journey. The suffering on the other hand is your reaction to the pain you’ve received, therefore optional, therefore avoidable.

Through a very different view of the world Nietzsche also advocates the shift in the conceptualization of suffering. He claims that the assumption that pain is evil and needs to be fixed is a false conclusion as pain is not only enriched with wisdom but can also be a powerful source of feedback.

“To those human beings who are of any concern to me, I wish suffering (…) I have no pity for them, because I wish them the only thing that can prove today whether one is worth anything or not – that one endures.” – The Will to Power, Frederich Nietzsche

Next time you hear somebody say that intelligent people suffer the most and that “pain and suffering are always inevitable for a large intelligence” you can tell them that they are just going through the transitional face of nihilism. And you, if you’re going yourself through a low point, enjoy it. Make pain your mentor and take your time to turn it around.

Freedom begins with an act of defiance. And today’s fight is not against the heavy tanks that move toward you but against the life that slowly passes unnoticed.