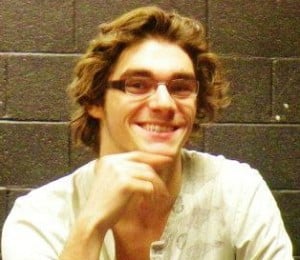 RJ Mitte is an American actor and producer most widely known for his role as Walter Jr. on the AMC series Breaking Bad. RJ started his acting career at 13 despite suffering from Cerebral Palsy, and has actually learned to use his disability as an advantage in securing movie and TV parts. RJ is currently in the process of auditioning around the country for his next role.

1. Look at your disabilities as a strength

At a very young age, RJ has created a successful career in one of the toughest industries in the world by using his disadvantages as a strength. Despite suffering from CP, Rj has been able to seek out niche roles playing characters with similar disabilities.

We often find ourselves using our past, current circumstances or upbringing as an excuse for why we cannot achieve greatly, however, no excuse is valid, and the career that RJ has been able to create for himself is a testament to what can happen in your life when you forgo excuses in favor of action.

2. You must stand up for yourself

The world is full of people who are complacent and subservient to others. They allow life, society, a spouse, a friend or any number of external influences to walk all over them and their dreams. You must take control of your own life, and stand up for yourself, stop taking shit from other people and make sure that your voice is heard.

3. Make the most of the time you have

Despite its negative connotation, there is great truth in the phrase “YOLO,” you only live once. Do not see this as a green light to live lives of debauchery and frivolity, rather see this as a challenge, a challenge to make the most of the limited time that you have on this earth.