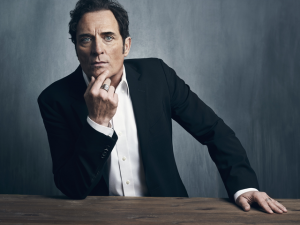 Kim Coates is a Canadian-American actor who has worked in both Canadian and American films and television series. He has worked on Broadway portraying Stanley Kowalski in A Streetcar Named Desire and in the lead role of Macbeth performed at the Stratford Shakespeare Festival. He also starred as Alexander “Tig” Trager in the FX series Sons of Anarchy.

Life is too short to live every day doing things that you dislike. If you love something, do it, end of story.

Follow your bliss, and the rest will fall into place.

2. Be Willing to Wait Until You Are Ready

Once you have committed to a path, whether it is business, acting, athletics etc. be willing to wait until you are ready to take the big leap.

For Kim, he continued to master his craft of acting on stage for 8 years before he took the leap into television.

3. Failure is Not an Option

Success is simple, you simply have to remove the possibility of failure from your mind. When failure is no longer an option, success is inevitable. Once you have started following your bliss and prepared yourself for the leap, it is time to burn your boats and leave yourself no choice but to succeed.

Whether that is moving to a new city, quitting your job, or investing all of your dispensable cash into a business, when you give yourself no way out, you will succeed.

4. Keep Your Head on Straight

Once you start to see success, it is easy to let it go to your head. You have to be diligent in making sure that you keep your head on straight. Stay away from the masses living the rock star lifestyle who will end up ruining their career within a few short years.

If you want longevity in whatever path you select, you have to continually grow and avoid things that are detrimental to your public image and success.

You were given two ears and one mouth for a reason, use them in that proportion.

1. The Power of Myth by Joseph Campbell