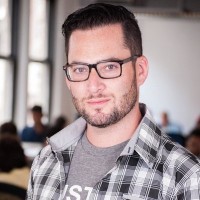 321: Jason Saltzman: The Harsh Realities of Entrepreneurship & What to Do When it All Goes Wrong

By Andrew Ferebee on December 7, 2016 in Growth, Wealth

Jason Saltzman is a seasoned entrepreneur with a background in sales and marketing. Through his role as CEO of Alley and as a TechStars mentor, he advises hundreds of startups, offering real life practical application and creative marketing advice.  He is also considered a “must know” in the New York City entrepreneurial scene.

“Luck is what happens when preparation meets opportunity.” ~

1. Your Ideas Are Irrelevant to Your Success

Everyone is familiar with the phrase “Billion dollar idea.”

And more than mere familiarity, everyone I know of has actually had one of these billion dollar ideas.

They prance around for a few days or a week telling their friends and family about this new concept they developed that is going to revolutionize the world in some weird way.

Whether it’s a microwave that never burns your popcorn, a shirt that you never have to wash, or an actual flying car, everyone has had one of these ideas at some point in their life.

So why the hell are they not all billionaires?

Because ideas are irrelevant to success, execution is the only thing that matters.

A good idea is worth exactly $0 unless it is acted upon, unless it is taken from idea to concept, from concept to prototype, and prototype to product.

You have to realize that this is one of the irrefutable truths of entrepreneurship.

You can have the greatest ideas on the planet, but without a propensity for action and the ability to execute your ideas at lightning fast speeds, you will never succeed.

Most people want to completely turn their lives around in a short 12 month period, and while it is definitely possible, it is also highly improbable.

Success takes time, but most people are unwilling to take the time necessary to succeed.

And this seems odd to me.

Because when you think about it, that time will pass whether you are patiently pursuing your dreams or doing something that makes you miserable, the only difference is that one path will result in a lifetime of success and happiness and one will result in misery and malcontent.

Jason spent nearly 15 years as an entrepreneur before he saw the success he wanted.

And what would have happened if he had?

Instead of achieving success a little bit later in life than he would have preferred, he likely never would have achieved success.

His impatience would have lead to failure and he wouldn’t be on the show with the knowledge, wisdom, and results that he has today.

Have you ever met someone who has actually been to war?

If you have ever had the courage to ask them about their service, you have likely heard them all utter the phrase “It ain’t like you see in the movies.”

In our modern society, we glamorize war. We show soldiers valiantly defending their country, overcoming unbeatable odds, and heroically facing the enemy.

But the reality of war is much different.

If you have ever spoken with a veteran, they will tell you how war really is.

They don’t feel courageous or valiant as they witness their friends dying next to them. They don’t feel like heroes as they struggle through wounds and exhaustion to hold back the enemy, and they sure as hell don’t feel glamorous as they are crawling through the desert with a broken leg and three bullet wounds, their entire team wiped out by the opposition.

And while entrepreneurship is nowhere close to the same league as war, the parallel is pretty clear.

Very few people would want to be an entrepreneur if they saw the sleepless nights, the stress, the anxiety, and the struggle that comes with it.

Does it sound glamorous to have to spend three days without food because you have invested all of your income into a new marketing campaign and your invoices don’t clear until Friday?

Does it sound like fun to spend 6 months living on your family’s couch working 16 hours a day, missing out on all the “fun” your friends are having while you grind away at your business with no tangible results for your effort?

Does it sound like fun to fail time after time after time and somehow have to find the will to keep going despite the ridicule and shame that your family, friends, and society try to project onto you?

If you answered yes to any of the above questions, you are either delusional or masochistic.

You need to realize that entrepreneurship sucks.

Is it worth it once you succeed? Of course!

Is it easy to achieve that success? Hell no!

How many times have you met that person, whether they were an entrepreneur, corporate drone, or simply an acquaintance who thought that they knew it all?

Despite their lack of results, they still decided that the best path forward was to ignore anybody who disagreed with them, regardless of that person’s acumen or skill set.

You know the type, maybe you even are the type.

I am talking about the overweight guy in the gym who gets a tip from a local fitness pro and then ignores it saying, “I know what I am doing! I’ve watched the YouTube videos”

Or the broke guy who tries to give family financial advice, and then once his rich cousin corrects him on something and suggests an alternative, he lashes out and says “You don’t know what you are talking about! Haven’t you read anything on Forbes?”

Or even the guy who has maybe had some success with women and goes out to a nightclub with his friend who is practically casanova incarnate, and then after a few rejections, his friend comes over with a model on each arm and makes a recommendation only to get the sharp response “I’ve got this man, I don’t need your help”

You need to realize that nothing will stand between you and success like your own ego.

Arrogance will take you down a one-way street to failure because quite frankly, you don’t know it all, you don’t even know the half of it.

If you want to succeed then you need to surround yourself with people who are smarter than you who actually have the results you want and then do what they say.

Because if you try and go it alone, you will fail.

5.The Obstacle is the Way

We have an unfortunate propensity in our modern culture to avoid adversity.

We take the elevator instead of the stairs, we use Tinder instead of approaching women, we stay in the shitty safe job instead of taking the leap into self-employment, and we generally live lives of discontentment because we like to stay comfortable.

But one of life’s great truths is that, as Ryan Holiday says, “The obstacle is the way, what is in the way becomes the way”

The very things that are standing in your way are the same things that will lead to your success.

Overcoming your fear of approaching women will turn you into the kind of man who has success with women.

Struggling through a new training program will give you the resilience and grit that you need to build and maintain your ideal body.

Surviving the pain of quitting your job with giving you the emotional fortitude you need to keep going in your new entrepreneurial endeavors.

The obstacle is the way.

1. So Good They Can’t Ignore You by Cal Newport

2. The Obstacle is the Way by Ryan Holiday

3. The Power of Now by Eckhart Tolle

320: Lee Ellis: How to Build a Culture of Courageous Accountability
322: Justin Constantine: Leadership Lessons from the Front Line