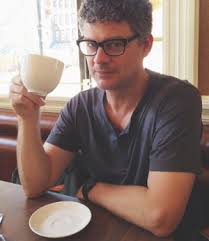 Geoffrey F. Miller is an American evolutionary psychologist, serving as an associate professor of psychology at the University of New Mexico and known for his expertise in sexual selection in human evolution, and for his views on the evolution through sexual selection of the human brain as sexual ornamentation.

Dr. Miller has authored several books including The Mating Mind, Spent, and Mate.

“There is very little difference between one man and another, but what little there is is very important” ~William James

1. One of the Keys to Success with Women is to Put Yourself in Their Shoes

If you want to become successful with women, it is imperative that you start by putting yourself in the woman’s shoes. Ask yourself what it is that she is truly looking for in a man, what are her concerns, what are her fears?

Women are far more physically vulnerable than men are and as such, becoming a man that women can feel safe around should be a priority when you begin your journey into the dating world.

Women are also worried about their social and economic status. What will it do to her reputation if she dates or sleeps with you? What will her friends think? Will she be called a “slut” or told that “you can do better?”

It’s questions like this that help you to understand what women are looking for and how you can better provide it. If you want to be successful with women, start by getting into their head.

This is a seemingly simple concept, but one of vital importance. If you want to succeed at fishing, go where the fish are!

Plain and simple, the only way you will get good with women is if you go where there are an abundance of women. Moving to a large city, a big, liberal college, or moving overseas to countries with high populations of beautiful women (eg Argentina and Brazil) will increase your chances of success in mating drastically.

3. Looks Matter Less than You Think

What science has shown us is that women value looks significantly less than they do certain mental and emotional traits. (with the exception of outliers, eg extremely overweight or a male model). What this means is that, no matter what numbers came up for you in the ovarian lottery, if you are an average guy, your success with women will be determined more by the qualities that you display than your looks.

4. Women want a Man with Potential

Women love to be along for the ride, they love to find men who are ambitious and hardworking, and be there with him when he has nothing and once he gets it all. Potential is one of the sexiest things to a woman.

In fact studies have shown that women would rather be with a failed entrepreneur, who put his neck on the line and tried to succeed, than they would with a trust fund baby who was rich but never worked for it.

What this means for you is that you don’t have to be perfect, you just have to show women that you have potential to be the man they’ve always wanted.

1. The Blank Slate by Stephen Pinker

2. Why Women Have Sex by David Buss

3. The Darwin Economy by Robert Frank