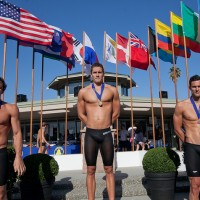 I remember standing rink side at the World Championships in Gothenburg, Sweden watching a talented group of figure skaters I had trained for the past 10 months perform beautifully in front of a packed stadium.

It’s about as vivid and lovely a memory as when I was standing rink side in Milan, Italy watching a different group of skaters finish first at an International Championship one year later.

Or the time I flipped on the TV just to see a young man I had coached for 3 years make his Major League Baseball debut.

And I remember them so easily because in a sense, we all love to hear about that kind of glory.

The epic athletic performances on a world stage that bring us to tears and inspires our greatest sense of imagination for what’s possible in our lives.

But I also remember almost every single day that lead up to those great achievements.

The 5am practices in the middle of January that many of those figure skaters had to wake up at 3am just to get to.

The cramming for exams on the team bus in Sweden because once home and out of the sporting spotlight, that internationally successful athlete had academic requirements that couldn’t be ignored.

The incredibly difficult moments that would have forced many of us to just stop.

But that’s the real story of success.

No, I don’t mean that it’s ‘hard’, ‘unnerving’ or ‘arduous’ necessarily. 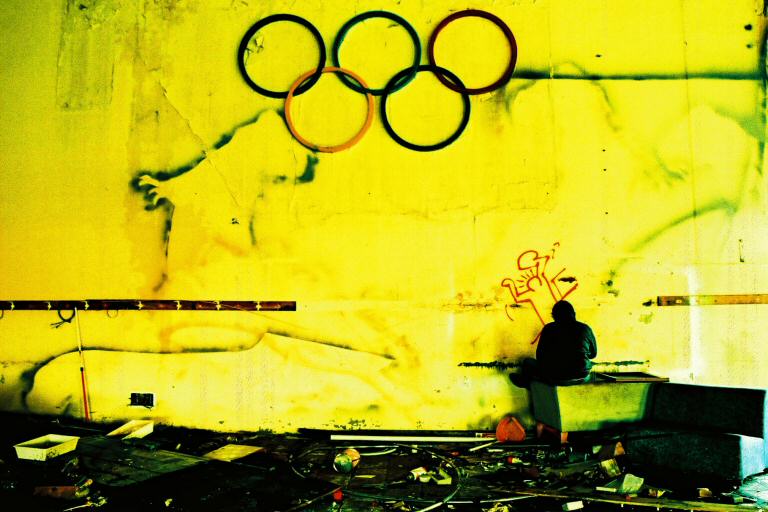 It does require certain elements of structure, though.

Which is why I can tell you that every single high-end, successful athlete I ever worked with all had the same 3 foundational traits that were the seeds of their success –

The “A, B & C’s” of both creating and sustaining success.

The glory of succeeding is only possible when we can rise to the requirements of each day with focus, purpose and optimal efficiency.

But that truth isn’t limited to world-class athletes or contained to the arena of sport.

It applies to every aspect of life and most certainly applies to you.

And may I add that these “A, B & C’s” are universal without consideration of your temperament or personality tendencies, either.

Kurt Browning is a 4-time World Champion and Olympic icon who would be upbeat, funny, relaxed and downright sociable in every single training session.

Lori-Ann Muenzer is an Olympic Gold Medalist and while incredibly nice, conducted her training sessions with a quiet, visibly determined and almost stoic disposition.

But when you dissect both of them, the same 3 foundational principles exist.

They had tremendously positive attitudes.

And executed their lives with a cultural blueprint that simply bred success.

So how do you go about developing or enhancing these characteristics in your life and learn to apply them simply and quickly in order to maximize your own success in life, business or fitness?

It all starts with Attitude.

Now, contrary to common assumption, your Attitude doesn’t entirely derive from your conscious thoughts.  Meaning, the whole notion of ‘you can achieve if you believe it’ isn’t completely correct… At least not in the way we’ve come to accept it as fact.

Anyone can talk a good game.

Anyone can claim to believe, know or be certain, but whether or not our actions and habits align with those claims is based on drivers within your unconscious mind. 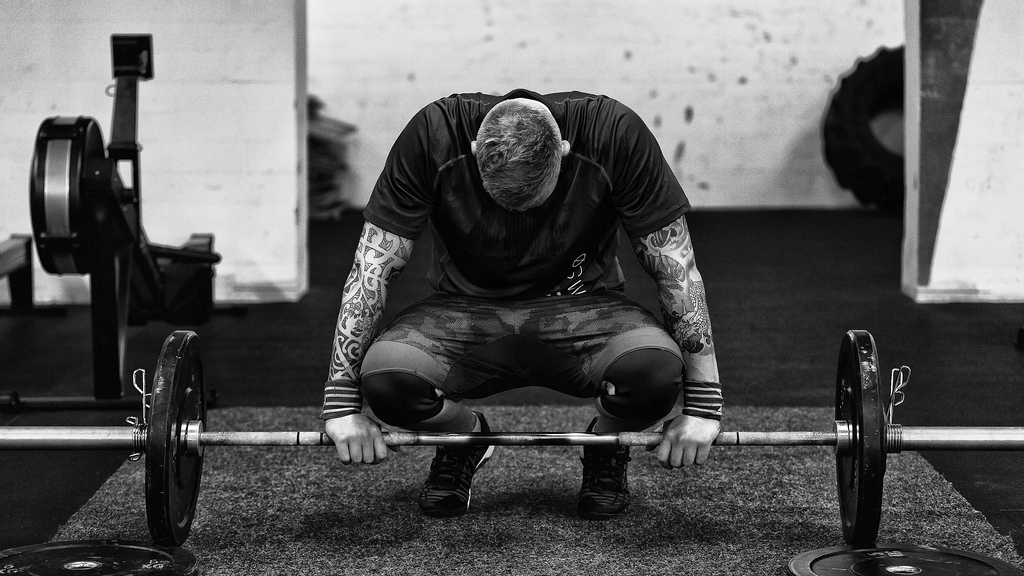 And as Dr. Leonard Mlodinow points out in his book “Subliminal”, it’s your unconscious mind that rules your behavior.

We all have belief systems, desires and expectations buried deeply in our unconscious that form the seeds of what we truly believe is possible for ourselves.  That doesn’t imply we have a fixed potential or limited ability necessarily, but it does mean that in order to maximize our potential, we must do more than just claim belief at a superficial or conscious level.

In fact, a quality mindset is based on precisely that: The innate faith or certainty that we are dynamically capable of becoming, doing or obtaining whatever it is we truly want.

And once that Attitude is solidified as part of your very nature, your Behaviors will naturally begin taking on a more positive, affirmative and goal-actualization direction.

But just as your Attitude is not something to be left to the simple rhetoric of repeating positive affirmations at nauseum, neither should your Behaviors be assumed as things that will just show up as the result of you acquiring a more positive mindset.

Creating and maintaining success in your life – no matter the medium – is a proactive campaign within which you establish a series of daily behaviors that align with the successes you are looking to forge.

Every elite athlete I can remember working with, didn’t leave their time or energy to chance.

They mapped out specific and detailed plans that allowed for the easy execution of a base number of objectives weekly.

The coordination of that routine was rather simple –

Organize your week to come every Sunday evening or Monday morning

By week’s end, the original 5 – 10 major objectives you outlined will have been completed through the simple execution of performing small action steps daily.

The Culture aspect of your drive towards success should be looked at as the punctuation.

The cherry on top of the proverbial sundae that provides a powerful and vibrant finisher to the dessert, but wouldn’t nearly have the impact if not intertwined with all that ice cream and chocolate sauce.

What I mean to say is that your success Culture is something that must work in conjunction with Attitude and Behaviors, but when done well, proves to be an incredibly potent tool for keeping you on the right track. 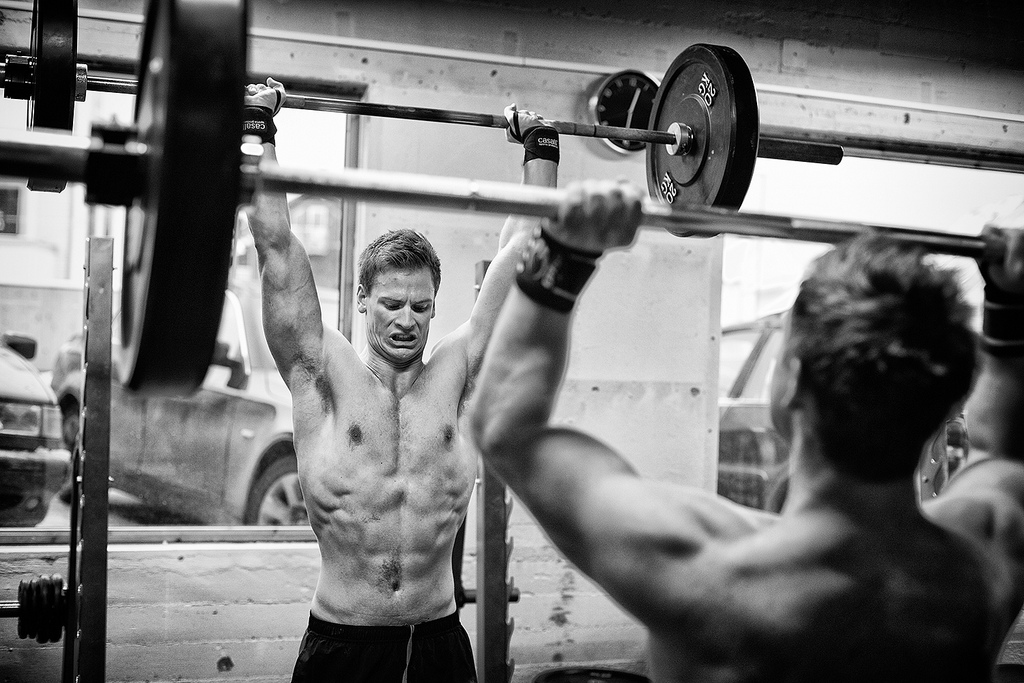 Not the kind where every entry starts with “Dear Diary” or drones on for 3-pages about your commute, that girl in the cubicle adjacent yours or how much you’re looking forward to the weekend festivities.

In fact, this journal will require about 5 minutes of your time every evening.

And all you’re going to record is some pertinent data from which you can assess your Attitude and Behaviors in real time.

Everything from nutrition and sleeping patterns to training styles and travel requirements are ever-evolving in an athlete’s life.  In order to hone in on what foods, recovery periods, exercises or modes of transport best suit a given athlete and allow them to perform at the highest ends of their potential, it becomes necessary to track that information daily and review it over time.

Before hitting the sack each night, list out the date, how much water you drank that day, what foods you ate and when you ate them, how much sleep you had the night before, your level of focus and concentration from that day, how happy or enthusiastic you were and how much fatigue played a role throughout your waking hours.

Once every month – preferably on the same day – review your last 30 entries.

What you’ll begin to notice are trends.  Some trends may be extremely predictable and others, completely unexpected.

But over time, you’ll begin to develop a very personalized look at how you – the orgasm – respond to various stimuli and what you need in order to function at your optimal levels.

Success is not an accident.

If you develop the right Attitude, mold the right Behaviors and create the right Culture, you really can accomplish anything.

107: Michaela Boehm: How to Deepen Into Your Masculine
108: Shawn McIntyre: Taking Responsibility and Moving Forward in Life