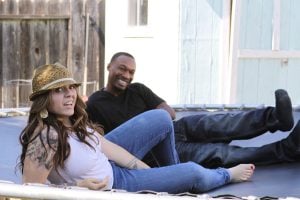 Everyone has had a conversation where things get taken out of context or where it seems like you’re constantly on the defensive. The vast majority of relationships fall apart as a result of communication breaking down between the pair.

What makes this particularly difficult is that men are not always told how to communicate effectively.

Many, many men feel like they’ve “missed the bus” when it comes to communication. At times, it feels like they’re being told to play a game that they don’t necessarily know the rules to.

These tips can help you learn how to drastically improve communication and improve your relationship.

For some reason, our society seems to think that a man who apologizes is a weak man. This is not true. In many cases, apologizing is how you actually open the road to more effective communication.

It’s oh, so easy to get into the habit of stonewalling — or refusing to discuss something in hopes that it’ll go away.

However, stonewalling or ignoring a problem will not do you much good. In fact, getting defensive is one of the easiest ways to shut down communication.

If your girlfriend or partner feels like you’re going to lash out or “ice her out” when she brings up a complaint, she’ll stop complaining and start working on an exit plan.

Apologies are a quick way to show her it’s safe to talk to you about concerns.

2. Actively listen to what your girlfriend or wife says

Active listening is a skill that’s all about showing that you’re internalizing what the other person says. It’s what makes people feel heard and helps you establish (or re-establish) a connection with a person.

These tips below can help you make the most of your active listening:

90 percent of human communication is done via body language and voice intonation?

That’s why a woman who’s frowning while saying she’s “fine” is about to dump you while a woman who’s laughing and saying the same thing probably is relaxing with you.

Body language tells you what words cannot — or will not. If the body language you’re seeing doesn’t match what she’s saying, ask her what’s really wrong.

She may or may not want to tell you. Either way, reassuring her that you’ll give her a safe space to talk is vital.

Men should watch out for nonverbal communication that suggests she’s afraid of telling you the truth. This can include refusing to maintain eye contact, acting avoidant of you, and even acting like a “yes-man.”

If she’s afraid to actually broach subjects with you, you’re not going to have a productive conversation when you’re in need of one.

If you are in a long-distance relationship, then you should listen carefully when it comes to your partner’s response to phone calls. Sometimes, improving communication also means listening to the tone of her voice.

4. When she’s upset, ask her if she wants sympathy, advice, or help

When men hear a woman complaining about a specific problem she’s having, their natural instinct tells them that they need to solve the problem.

This is why guys often offer advice as to their go-to reaction. Unfortunately, this doesn’t always come across well with women.

In most cases, women want to hear sympathy for a problem that they have. More importantly, they may have already tried a bunch of solutions.

Sometimes, the best course of action is to show emotional support by letting them vent.

Figuring those times out is difficult, so the best way to make sure you give the right type of support is to ask.

Good communication skills sometimes include knowing when to be blunt. If you aren’t sure what she needs, asking is a smart move.

5. Watch how you speak to her

A lot of men don’t realize how they come across when they talk to women, especially during tough conversations that put them in the spotlight.

This is a moment where self-control is going to be your best friend. This means:

6. Learn to make a problem into an “us versus the problem” matter

When people tend to hear there’s a problem, the first thing that they want to do is defend themselves.

That’s why people immediately tend to jump towards an explanation of why they are not the issue — and quickly blameshift.

You don’t want to put the blame on anyone when a problem presents itself. A better route would be to say, “Hey, let’s talk about the problem. What can we both do to fix this?”

Have you ever been on a date where the girl across from you keeps checking her phone?

Or worse, tried to hold a conversation with someone who’s more interested in a soap opera than what you have to say? It’s pretty terrible, isn’t it?

If you have ever been in a situation where you couldn’t even hear your partner respond because they were too busy to check up on you, you already know how communication problems can arise from too many distractions.

Few things are as invalidating as talking to someone who is clearly distracted by something else.

When you’re having a serious discussion with your partner, drop the phone and stop listening to the TV.

Make eye contact. This shows that you’re prioritizing your partner and also care about what they have to say.

In many cases, it’s hard to understand why women act the way they do.

Something that seems minor to you might be a straw that breaks the camel’s back for others. Most of the time, things don’t make much sense to us until we take a look at what she’s facing.

Ask yourself what exactly is she going through. Is she spending 24 hours a day with a baby? Is she tired and worn out? Does she mention that she feels rejected by you?

How would being in her situation make you feel? Try to put yourself in that situation before you talk.

9. Have a rule for taking time-outs

Even if you’re trying your hardest to abide by rules and communicate well, there are going to be conversations that feel like they are spiraling out of control.

We’ve all been there. Some conversations are intense.

That’s why it’s often best to have a “safe word’ or ask your partner to hit the pause button on the conversation when it gets too heated. Before you have a major conversation, discuss starting this rule with your partner.

Of course, time-outs only work if there is progress on the discussion and if your partner gives you space to unwind.

If things are very difficult and you keep having time-outs over the same issue, it may be time to ask for help—or in dire situations, break up.

10. Understand that it’s a work in progress

These things take time to master and each person has their own “rhythm” to communicate. Some people will be able to adhere to a “time-out” policy, while others won’t.

It takes time to learn how to communicate, and sometimes, it may take a moment of “trial and error.”

The important thing to realize is that you are already on the winning side by just working on your skills.  Good communication doesn’t happen overnight.

11. Recognize who’s the right person to talk to before you start talking

Did you ever have a moment where a friend kept talking about the most awkward, gross things? Eventually, that kind of behavior probably made you back away from them as a whole.

Believe it or not, oversharing or sharing the wrong stuff with the wrong person can end up harming your relationship more than helping it.

These kinds of tips can help you ensure that you don’t end up severing your communication with your partner by sharing the wrong thing:

12. Ask for advice on how to open up that line of communication better

The easiest way to improve communication in a relationship is to remember that your partner probably has one or two pet peeves about talking to you they haven’t discussed.

Everyone has their own communication patterns and backgrounds, which means that you might be lacking communication skills you didn’t even know about.

Part of working things out in a healthy relationship is knowing that you can always improve. No one is done learning, and at times, the communication styles we pick up from our past could use an overhaul.

When you want to work out communication issues, ask your partner these questions:

13. Remember that your partner is still human

Many men start worrying about communication when it relates to women in their lives, but the truth is that this is a skill set you can learn from anyone—men included.

When you’re able to negotiate with men, listen to your friends’ stories, and hang out with others, you’re still practicing that same set of skills.

Think about your last serious talk with a male friend, that one talk you had that went deep into topics you normally don’t broach. You may not have realized it, but the same skills you need to talk about hard topics with your partner are the ones you used back then.

There is this odd pressure in society to assume that women are a different species. They’re not. Everyone has their own feelings, and that will come out in communication in relationships of all types.

Can’t bounce ideas off friends? When in doubt, talk to them as you would to a guy friend. It might be the easiest way to actually connect with your partner!

Small talk sounds like it’s not a big deal. It’s just chatting about the weather, maybe some news that you exchange at the dinner table. Ho-hum, no one has time for that, right? Not quite.

While it seems like the basic stuff that people use for the first steps to conversing in everyday life, it’s also a major building block of verbal communication.

Believe it or not, small talk and simple chats are those that help keep relationships alive. This is especially true with long-distance relationships.

Being able to share small rants or observations about life is how you keep bonding with people in a healthy manner.

If it feels like there are a million little “mini rules” and subtleties you are expected to know, that’s because there are. The problem is, no one really takes the time to explain what you should look for or act as a guide for those moments where you really can’t come up with the words to say.

It’s hard to know when you should say sorry, when you’re being played, and when it’s time to call it quits. Sometimes, the subtleties that you need to learn about are not going to be ones that a woman can teach you.

Trying to walk the fine line between being a doormat and being a masculine, empathetic communicator is difficult. At times, it seems like an impossible task. It’s okay to admit that you need a guide who understands the demands of manhood to help you out.

The Knowledge For Men coaching program is there to help you make the most of your communication skills. That’s why people who work with us have better relationships, more satisfying lives, and even better health.