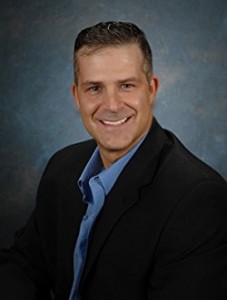 MJ DeMarco is the current founder of Viperion Publishing Corp., a media company focused on online and print content distribution. He also is admin/founder for The Fastlane Forum, the webs’ leading destination forum for start-up, finance, and entrepreneurial business discussions.

He was the former start-up Founder/CEO of Limos.com (1997-2007), a global ground transportation aggregator and marketplace that he successfully built and grew into a profitable multimillion dollar company, all with no money, no formal training, and with just a few employees. In 2001, he sold the company and later reacquired the company via bankruptcy reorganization. He later sold the company again in 2007 to a Phoenix-based private equity company.

He has authored two best-selling books including The Millionaire Fastlane: Crack the Code to Wealth and Live Rich for a Lifetime and UNSCRIPTED: Life, Liberty, and the Pursuit of Entrepreneurship

, his most recent work about the current landscape of life, liberty, and entrepreneurship. You can connect with him and learn more at https://www.mjdemarco.com/

1. Wake Up and See Through the Matrix

You have been lied to.

By the government, your parents, and all of society.

I am not propagating a conspiracy theory, just sharing the facts.

From the day that you are born, you are inundated with a bullshit script that tells you to go to school, get all A’s, go to college, get a safe job, sock aside 10% of your income and invest in mutual funds, skip the lattes, blah, blah, blah….

I am here to tell you… It doesn’t freaking work!

How many multi-millionaire 65-year-olds do you know? How many wildly wealthy retirees have you met (who worked a dead-end job for the past 40 years)? And more importantly, if you have met any of these people how many were happy and fulfilled? How many were free?

The script that you were fed since childhood doesn’t work.

So it’s time to wake up and flip the script.

If you want freedom, if you want to retire, if you want to live a life that you actually enjoy, a life where you aren’t giving up 5 days of your life in exchange for 2 (a pretty shitty ROI if you ask me) then the first step is simply acknowledging that there is a problem with the script you have been fed.

Wake up, see through the matrix, and be ready to take the action required to change it.

2. The Rich Don’t Get Rich from the Script…

They get rich from preaching the script!

One of the biggest misconceptions about success is that the rich achieved their current success levels by following the script you see laid out for you.

They got rich by preaching the script.

They got rich by selling you on the idea of mutual funds (which they own) and stock market investments (which they control).

They didn’t get rich investing in any of those things themselves, they got rich by selling that garbage to you.

While compiling research for his new book, MJ examined some advice being given by Forbes.com on the topic of long-term financial wealth.

The article in question was recommending a long-term mutual fund strategy starting as young as possible.

Then MJ decided to see how many Forbes cover models had actually followed that advice to get rich.

None of the world’s rich and powerful had eaten their own dog food or taken the medicine they were prescribing to everyone else.

Just because you see Warren Buffet or Charlie Munger providing you with an investing strategy reliant on a long term yield of 8% doesn’t mean that it’s a strategy they actually leveraged to create their own wealth.

When you are cognizant of this you will be much more wary about who you take advice from and why.

3. Learn to Provide Relative Value on a Massive Scale and You Will Become Rich

Well, listen up… I am about to share it.

But how does one go about providing relative value?

It’s actually a lot simpler than you might think.

The first step is to identify a problem or an inefficiency in the marketplace.

If you see a problem and you have the ability to fix it, you have found your “in”.

Furthermore, if you look at an already “saturated” market and you notice that there are numerous inefficiencies in the day to day operations (customer service, fulfillment, product quality etc.) you can use this knowledge to break into an otherwise full market.

4. Happiness Comes from Autonomy Not Money

And yes, money matters. In fact, it matters a lot.

And to a certain extent, money will make you happy.

However, if you look at the research compiled by the leading experts in the field of psychology, after about $70,000 a year ($110,000 for those of you living in more expensive cities) increasing your income will not drastically increase happiness.

Increasing your autonomy and freedom, however, will.

Your levels of happiness are directly correlated to the amount of freedom that you have in your life.

Your end goal should be to work until the answer to all of the above questions is a resounding yes.

5. You Only Achieve Balance Through Imbalance

Do you want a balanced life? A life where you have the freedom to devote plenty of time to your body, your family, your wife, your kids, and your hobbies?

Great! So does everyone else.

But if you want to achieve balance, then you must first commit to several years of imbalance.

You can only achieve balance when you are willing to put in the sacrifices up front to generate the money you need to live the life you want.

No one became a millionaire working 35 hours a week, spending their mornings doing hours of meditation, and having lazy afternoons with their spouse.

They became a millionaire by working 12 hours a day 7 days a week for 2-3 years and then sitting back and reaping the rewards of those few years for the rest of their lives.

So if you want balance, commit to a period of imbalance.

The people who truly love you will weather the storm and stick with you through it all.

1.Awaken the Giant Within by Tony Robbins

2.Zero to One by Peter Thiel