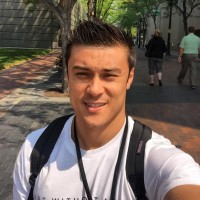 224: How I Went From $15 to A Multiple 6 Figure Business And Living On The Beach Doing What I Love

It was July 2014 and I was trying to withdraw $20 before I was going out at night to Pacific Beach, CA and the atm screen said “insufficient funds”.

(It’s like you’re already drowning and someone steals your wallet, keys and shoes on the beach kind of thing…I mean common!)

I cancelled plans for going out because you can only “mooch” off of your friends for so long before they realize you’re broke.

I went home, laid on my bed and I remember asking myself, “well, what am I going to do?”

Should I quit…? I trained Brazilian Jiu Jitsu for many years and tapping out doesn’t mean failure it’s apart of the journey so this really was a viable option for me.

And I thought I could maybe get a job and do the Knowledge For Men podcast part time and slowly build it from there. Play it safe you know…?

Or shit what if I just went all in and bet on myself 100% and gave it one last hurrah for the people who believe in me?

I couldn’t let them down…

Again, when I first started the Knowledge For Men podcast and I was scared about the opinions of other people and my older brother looking me straight into my eyes and telling me, “I believe in you…”

And when I got an email from someone who said he was going to kill himself until he found my podcast. He decided to keep going because of something I said…

It was in that moment when I decided I was going to burn the fucking ships until they crumble to the ground so there is no going back.

And so that’s what I did, I gave it everything I had and maxed out multiple credit cards over the next year and a half…

The very next day I put together a program called Double Your Confidence and launched it the following week at $7 and sold a whopping 15 units! 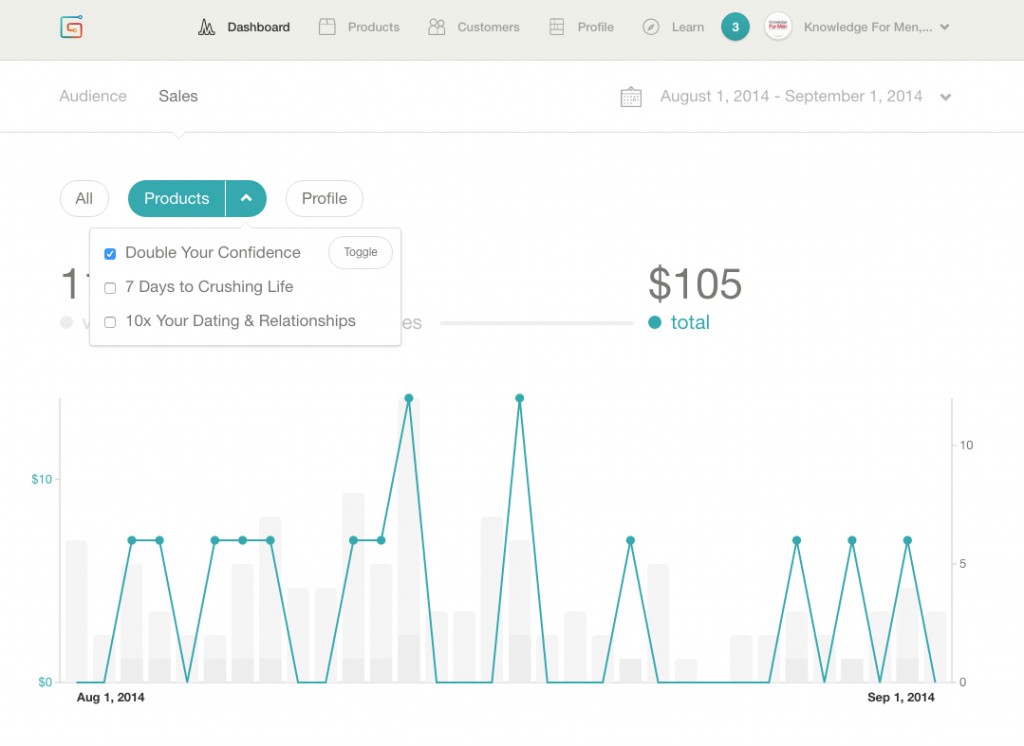 That’s $105 in sales. Yes I was still living on credit cards and eating ramen noodles with sriracha but it was a start! I filmed the program in my bedroom as you can see below: (You can get Double Your Confidence now for free here) 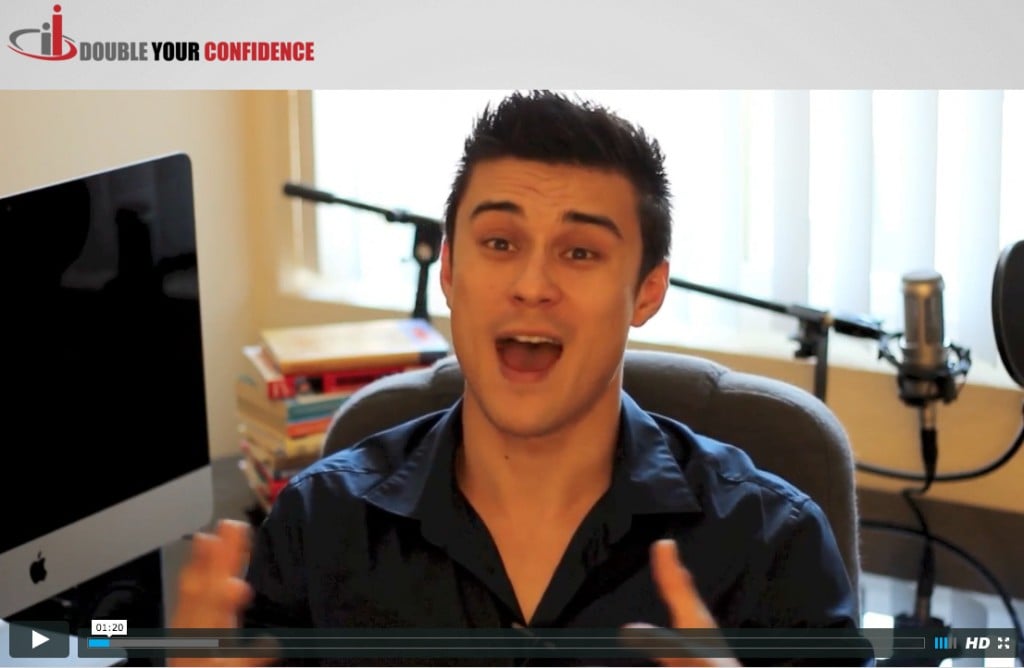 I then decided to follow the ranks of my mentor Anthony Robbins and launch an audio program called 7 Days To Crushing Life in September 2014. 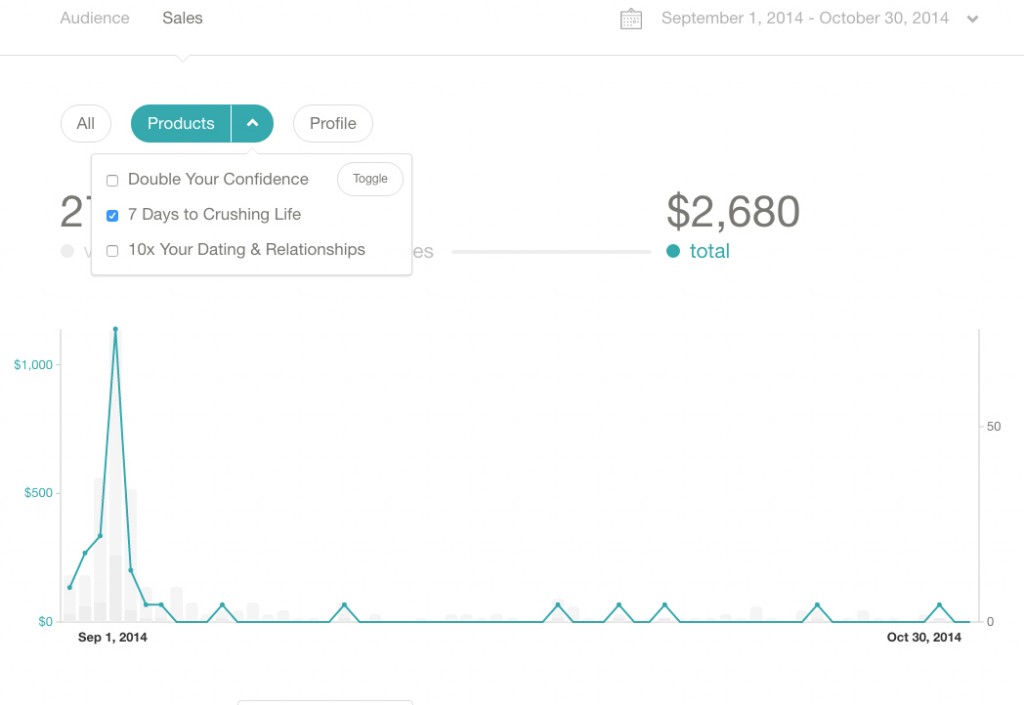 I sold 40 units at $67 and made $2,680! This was the first taste of success because most of that was made in a 3 day period. I knew that I was on to something after this promotion and went even harder on my next program called 10x Your Dating & Relationships the following month. 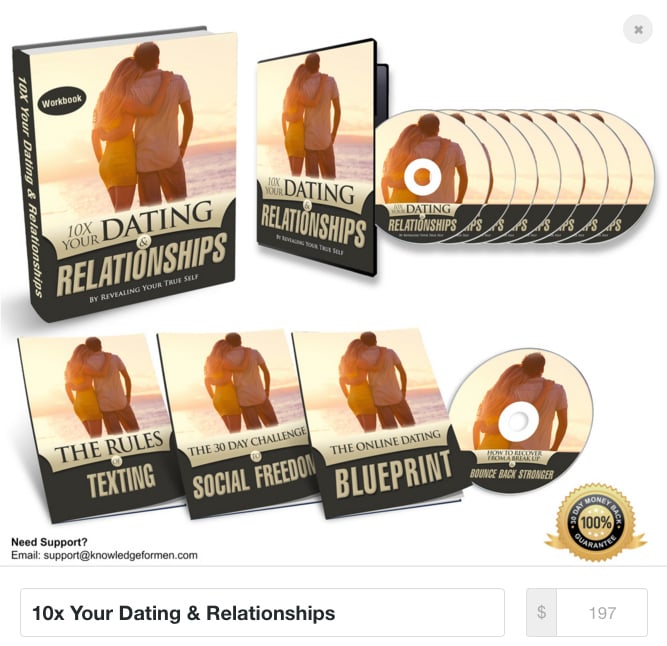 I sold 25 units at $197 and made $4,925. I remember this program was not ready and I was going to be late on my launch date so I stayed up from Sunday October 19 tell Tuesday October 22, 2014 tell about 1pm and completed the program just 20 minutes before the launch.

I did that because I knew if I allowed myself to postpone a launch date I would make a habit of postponing launch dates for future promotions. I held strong and went through my own personal bootcamp over those few days of no sleep and straight grind. 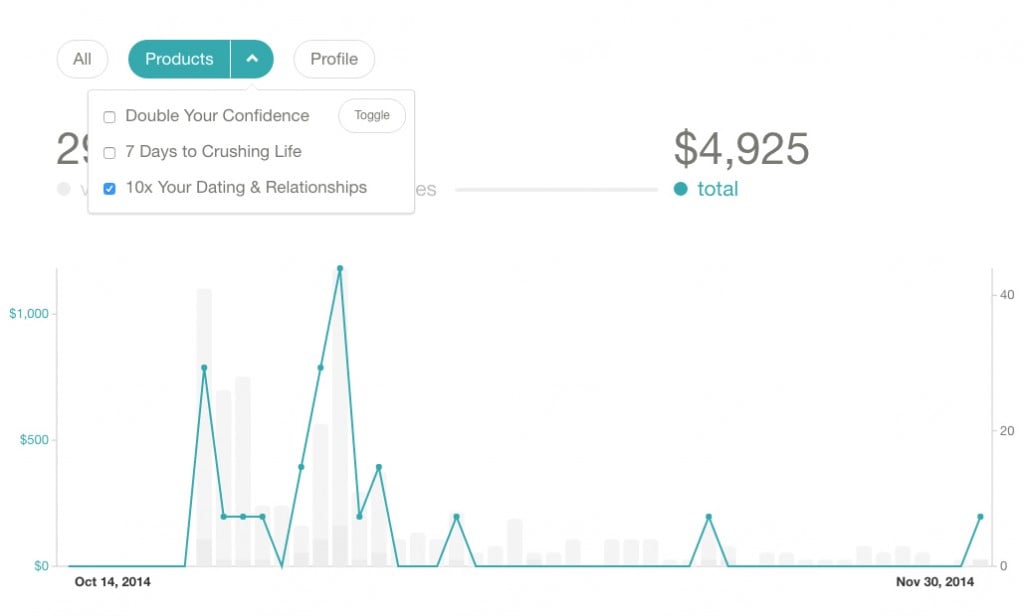 In December 2014 I launched my private membership site called the Lion’s Den at $29/month and had 93 members which was $2,697 in monthly income. 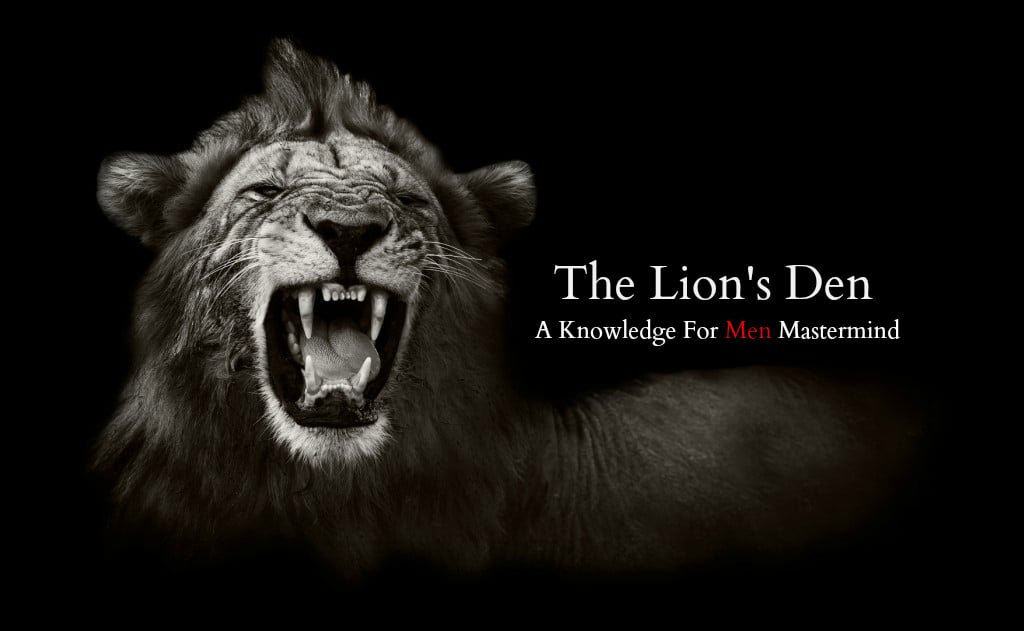 I then transitioned into building my private coaching business where I charged $1,000 for 8 weeks of 1 on 1 coaching with myself over the phone. I launched this program in January 2015 and had the honor of serving 11 men which led to $11,000 in sales in a 7 day period. This was a big change for me in my business when I understood the power of higher ticket programs.

It’s one thing to create a product and sell it and it’s another to coach a client and get to know him deeply for 8 weeks helping him breakthrough challenges and barriers that have been holding him back for decades.

I realized that a lot of the men have the same challenges, struggles and often feel like they’re alone so I thought how awesome would it be if I brought together a group of likeminded men in a live event. I had this idea in March 2015 and executed my first live event in May 2015.

Here’s a video trailer of my first retreat:

The retreats were sold at a high ticket amount of $2,500 and I had between 10-15 men in each retreat. I went on to do a retreat every other month in 2015 to lead over 50 men to becoming the most powerful versions of themselves. I also had coaching programs I offered at each retreat priced between $5,000 and $10,000 that a smaller group of men would participate in.

The retreats were the most challenging yet powerful programs that I ever put together. They really stretched me to become and embody what Knowledge For Men is truly about (purpose, freedom, adventure).

I then went on to write The Dating Playbook For Men which became an amazon best seller and the #1 dating audiobook in the United States. 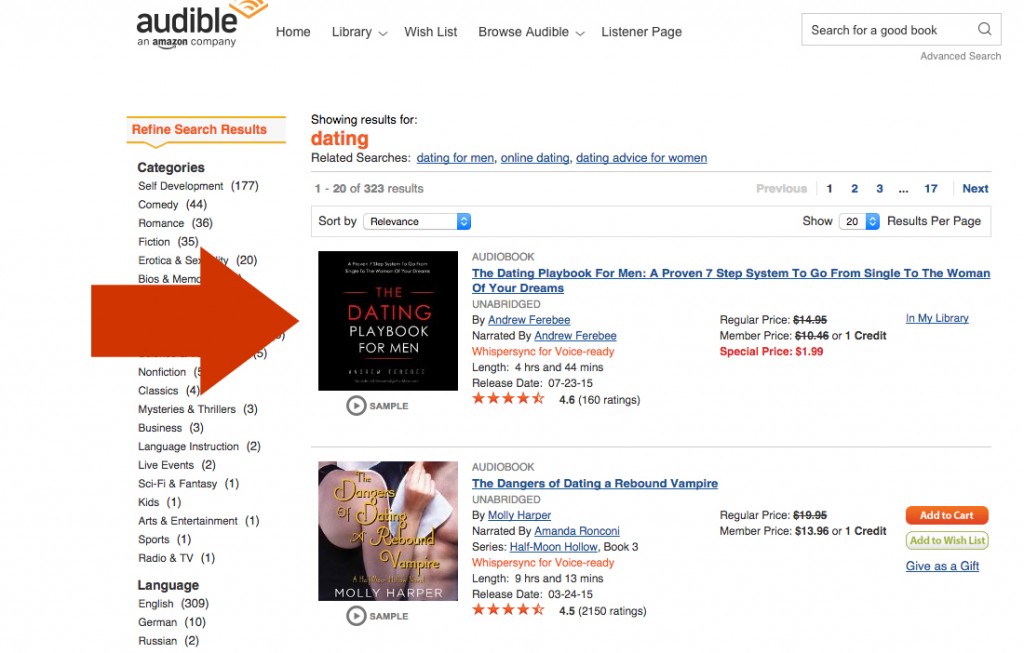 I got creative and wanted to merge my passion for films with personal development so I created what very few authors do… a book trailer.

The book turned out to be a massive success and has since sold over 500 copies per month at $10 per book. When you launch a book you spend a lot of time on amazon analyzing the rankings, competitor books, and similar niches around your book.

I noticed that all break up books were for women so I bought all of them and discovered that even if the title wasn’t targeting women the author’s tone was written towards women. I found 1 book that was for men and it was only 15 pages so I knew this was an opportunity to impact even more men in the world.

2 months later after writing The Dating Playbook For Men, I wrote The Break Up Manual For Men which became an amazon best seller (almost by default since there wasn’t a lot of competition). As you can see I acted in this trailer 100% of the time and played the role of a man going through a break up. Each one of those scenes was a real scene from a previous break up I had experienced…

In both books I mentioned my live programs that I do which was a major reason that all of my live programs sold out in 2015. So not only did the books sell well each month they filled up my live retreats almost passively.

Because of the success of my podcast, digital programs, live events and books I started to get emails from people asking “hey how did you do that?” And so I would answer all their questions and ask, “so would you like help with that?”

And just like that overnight I became a digital marketing consultant for people starting out or existing 7 figure businesses which led to more higher ticket sales.

So there you have it from July 2014 I had $14.67 and i’m sitting here today in December 2015 with a multiple 6 figure business doing what I love and living on the beaches of San Diego, CA.

What Would I Tell Myself When I First Started…?


I learned that if you don’t have what you want in life it’s because you’re not fully committed, you haven’t burned ALL of your boats and you still have a few safety nets in the far corners of the sea that you have quietly tucked away.

Stop telling yourself a story because you don’t have the money, time or resources. That’s all bullshit and you know it.

It’s because you haven’t committed fully and burned your boats. If you want a breakthrough in your life, business or relationships you have to go all in like there is no other option.

There has always been someone worse off than you who has gone on to achieve great things in life.

You have to believe in the mantra, “what one man can do another man can do!”

If you’re reading this and you hate your job or where you’re at in life then look at what i’ve just shared above. I’m a regular ass dude who got C’s in high school and was laughed at most of my life and never taken seriously. The only difference between you and me is that I went all in on my dreams and you’re just dabbling with one foot in.

You can read all the books in the world and believe me I’ve drowned myself in knowledge searching for the answers or you can finally say “ENOUGH IS ENOUGH” and you are going to take massive action towards the life you want not just for 1 week, 1 month, 1 year but for the rest of your life.

And you might be thinking, “easy for you to say Andrew I have kids and a mortgage” Oh I love these people who think they have the ultimate trump card to why they can’t create a better life for themselves.

So what if it takes you an additional 2 or 5 years to make it happen for yourself… You can start now because the time is going to pass anyways and you can either have the life you want or not but that time is coming. Will you have taken action?

I’ve made chasing my dreams a lifestyle. Some people watch UFC, NBA, NFL, MLB, golf or whatever it is and that’s their lifestyle. Okay I get it trust me nothing against sports (maybe it’s because I live in San Diego and all sports teams blow here…) but I choose to live my life in a way where I spend every spare minute I have on creating the life I want in my health, wealth, relationships and personal growth.

I don’t know any other way to live….

It just doesn’t make sense to me anymore.

We live only once and you will die, I will die, but I want to go down knowing that I put it all out.

That I penetrated the world with my deepest passions…

That I loved fully with every breath…

That I did something that mattered in this world…

This is me living my purpose, and right now I’m encouraging you to do the same.

If you found this article helpful on your journey then I know you’ll love my free grounded man training here.