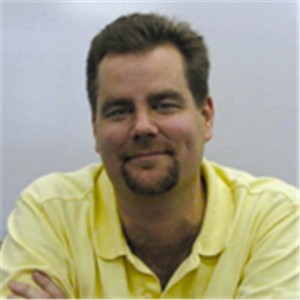 Mike Bundrant is the founder of the iNLP center, a NLP master practitioner, IANLP Fellow Trainer and a retired psychotherapist.

He is also the author of the book Your Achilles Eel: Discover and Overcome the Hidden Causes of Negative Emotions, Bad Decision, and Self Sabotage

“A well defined problem seeks its own solution”

1. We Unwittingly Seek What We Don’t Want

When we come into this world, we are often left under the care of people who were equally as confused and lost and we might feel right now. People who did their best, but didn’t necessarily know best.

This reality often leads us to develop a number of subconscious “maladies” where we unintentionally end up attracting and manifesting the very things that we don’t want.

Do you remember when you were a teenager?

Some of you were probably the more rebellious type… the kind that hated being controlled.

And so you rebelled against anything and anyone who got in the way of that.

And what inevitably ended up happening as you blazed a war path towards freedom?

Your rebellion and disdain for authority results in more stringent restrictions and less freedom!

If you had simply shown up, bit the bullet and done the things that you were supposed to do, your parents likely would have given you (more or less) free reign to enjoy your youth and have a good time.

But because of a poorly wired subconscious, your mind drove  you to believe that the quickest way to achieve freedom was by rebelling.

Which in hindsight, we all know never works.

2. Take Massive Action to Eliminate Uncertainty from Your Life

One of the quiet killers of our hopes and dreams is uncertainty.

We are uncertain about what we should do and therefore the simple act of doing becomes a source of stress and frustration.

And when the act of “doing” becomes a source of stress, we don’t actually “do” very much… do we?

If you truly want to live life at a level 10 of 10 then you must eliminate all uncertainty and ambiguity from your life.

Decide who you are, what you want, and what steps you must take to achieve your goals.

Get crystal clear certainty on your identity, your values, and the next actions that you need to take.

Because if you don’t, life will certainly take you places that you don’t want to be.

3. We Choose a Familiar Misery Over an Unfamiliar Satisfaction Nearly Every Time

One of the greatest ironies of human existence is that we are more comfortable with a familiar misery than an unfamiliar satisfaction (almost) every single time.

Just think about the man who stays in a relationship long after its expiration date because it is familiar.

It is comfortable and the prospect of another woman is unfamiliar and uncertain.

Even though he knows that he would be more fulfilled, more alive, more juiced, and more excited for life he stays where he is comfortable, never venturing out into unfamiliar waters.

Or the man who continues working at his soul-sucking 9-5 even though he knows that he would be happier, more satisfied, and more fulfilled if he quit his job and started a business.

Unless you take conscious efforts to the contrary, your brain is not wired to make you succeed.

It is wired to keep you alive.

And from an evolutionary standpoint, the familiar and the comfortable were synonymous with survival.

If you truly want to live a fulfilling and exciting life, however, you must be willing to embrace the unknown and the unfamiliar with the knowledge that it will lead to the life that you desire.

4. The First Step to Success is Defining the Problem Well

Most men suffer from an inability to clearly define the root cause of problems and struggles in their life.

They are broke but they don’t know why.

They are unhappy but unsure as to the cause.

Their relationship is shattering but they are trying their best.

Their life is spiraling out of control and they are sitting in the cockpit of the existence scratching their head in confusion.

Because most men do not know how to clearly find and define problems.

And you cannot solve a problem until you define it.

Is the problem an insufficient income? An extravagant lifestyle? A challenging circumstance that is draining your funds (e.g. a health condition or child)?

Or is it something else entirely? Are you broke because you are building a business and you are in the process of investing and learning all you can about a subject so that you can master it and build a life around it?

Understanding the problem is the first step to finding the solution.

If you don’t know why something is happening, you will be unable to solve it.

Let’s imagine an all too familiar scenario.

There are two men talking together at a bar, and across the room, they notice a beauty.

However you want to describe her, this woman is beautiful and both men look at each other each wanting to talk to her.

The first man, calm and confident, looks at his friend and offers him the chance to lead.

His friend is nervous, afraid to be rejected, and hurting from a recent breakup.

After much deliberation (and a few shots of tequila) he goes over and tries to initiate a conversation.

But there’s a problem.

Because he is afraid of being rejected and stuck in his head, he invites rejection upon himself.

He approaches with his head hanging and his shoulders slumped.

When he begins talking to the woman and she makes a playful quip about his style, he assumes it is mean spirited and becomes disheartened.

Even though the woman found him genuinely attractive, he believes the contrary and thus manifests that belief, walking off dejected.

What we do not realize in life is that our fear of rejection is often what leads to rejection in the first place.

When you can approach life from a state of confidence and certainty, in yourself and your worth as a man, rejection will not disappear, but it will lose its grip on you.

You will be able to shrug it off and move through life with power and grace.

2. Freedom from Self-Sabotage by Peter Michelson