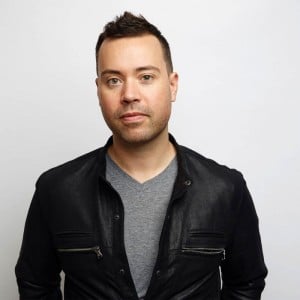 Jordan Harbinger, once referred to as “The Larry King of podcasting,” is a Wall Street lawyer turned talk show host, social dynamics expert, and entrepreneur.

After hosting a top 50 iTunes podcast for over a decade that enjoyed nearly four million downloads a month at its zenith, Jordan has embarked on a new adventure: The Jordan Harbinger Show, where he deconstructs the playbooks of the most successful people on earth and shares their strategies, perspectives, and insights with the rest of us.

Jordan’s business sense, extensive knowledge of the industry, and contemporary approach to teaching make him one of the best and most sought-after coaches in the world.

You can learn more about Jordan and follow his new podcast at jordanharbinger.com

1. Focus on the Right Things

Ironically, one of the most difficult tasks in any endeavor, whether it’s fitness, relationships, or business is not mastering any given skill, but learning which skills to focus on in the first place.

The ability to select the skills most pertinent to your success will often be the difference between hitting your goals and being the guy who’s 10-years into a business getting beaten by 20-year olds who’ve just launched their company.

So many people will dive into a new endeavor or new company and they will focus on skills that aren’t completely relevant to their long-term success.

For example, I see lots of guys running towards the social media marketing game thinking that all they need to understand is how to run a good Facebook ad. But in reality, their time would be better spent learning the nuances of sales and marketing which are the basis for their entire business model.

Take some time to figure out exactly what skills you need in order to succeed, and once you know what you need, go out and master them

2. Pick a Craft and Commit to Mastering It

Most millennials want a quick fix. They want an easy solution. They want instant gratification.

And this is why they’re failing.

Success is not easy, but it is simple. If you can find the 2-3 skills required to succeed in your niche, and then commit to mastering those skills over the course of 15-20 years, you will create tremendous levels of success for yourself.

For example, since 2006, Jordan has been laser focused on mastering the arts of research and interviewing. Before every new interview, he compiles extensive research to fully understand his new guest and unravel potential threads of conversation. On the weekends, he works with a vocal coach to ensure that he has impeccable tonality while conducting his interview. Every single day he does something to help him improve as an interviewer.

And his results don’t lie.

If you want to succeed in any industry, whether it’s e-commerce, marketing, podcasting, coaching, or sales, then you must commit to mastery.

Understand the commitment level required to succeed at a high level and devote the next 10-20 years of your life to totally mastering a small set of skills that will bring you massive amounts of success.

3. Most People Are Delusional

Most people think that they want to be “successful”.

They think that they want to run a huge business, make millions of dollars, and live a lifestyle that will make them Instagram famous.

But in actuality, most of these people only like the idea of succeeding at such a high level.

When the rubber meets the road and they are required to wake up early, cold call hundreds of businesses, and sacrifice time with their family and children to make the business work, they collapse under the pressure and quit.

The problem is that most people don’t realize what it really takes to achieve the goals that they have set. And while they will tell you that they are willing to sacrifice anything to succeed and achieve, when the time comes to actually do it, they are nowhere to be found.

Most people are running around believing the garbage that they see on Instagram and thinking that with some careful outsourcing they can magically make millions from their phone.

It’s a load of bullshit and the people trying to sell it to you typically work harder than you’d ever want to do!

I don’t say any of this to discourage you.

If you have a dream, know the costs, and have decided that it’s worth it to you, then go and do it!

But be careful who you believe and what dream you pursue, because if you don’t, failure is all but inevitable.

Conventional wisdom tells you to “Burn your boats so that you can take the island”, and while this philosophy does have its merits, its also has a number of holes.

Whenever you “Burn your boats” you force yourself to make short term plays because you are building your business from a point of desperation instead of inspiration.

For example, if you are currently working as a server and trying to build an online clothing store on the side, don’t quit your job to pursue your business full time.

If you do, then you will be forced to compromise your long-term vision in order to make short-term plays like paying the bills and keeping your inventory stocked.

If you keep your current job, no matter how much you dislike it, you have a level of security that will allow you to design your business around your ultimate vision. When you aren’t stressed about putting food on the table, you will be able to approach your business with a level head and think about the long game.

Most people who tell you that you can “Have it all” are trying to sell you something.

While plenty of gurus and thought leaders like to peddle this idea of a balanced life, in my experience, there’s almost always a compromise.

Certainly, there are many people who reach a comfortable level of success financially and then refocus on their family, their health, and their community, and this is great!

There are also a number of people like Grant Cardone who have learned how to incorporate their spouse, their family, and their social life into their businesses, allowing them to create a (seemingly) balanced life.

But anyone who tells you that you can build a 7, 8, 9, or even 10-figure empire while living a “Balanced life” is trying to sell you some bullshit.

Achieving true excellence in anything requires sacrifice in many things.

If you want to build a wildly successful company, you will have to sacrifice time with your family.

If you want to build a wildly successful marriage, you will have to let go of your desire to drive the business forward the same way you did when you were single.

Despite what the gurus told you… balance is bullshit.