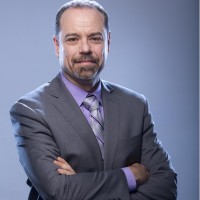 Jay Samit has been described by Wired magazine as “having the coolest job in the industry.”

He is a leading technology innovator who has raised hundreds of millions of dollars for startups; sold companies to Fortune 500 firms; taken companies public; and partnered with some of the world’s biggest brands, including Coca Cola, McDonald’s, General Motors, United Airlines, Microsoft, Apple, Verizon, and Facebook. Samit is CEO of SeaChange International, a leading global multi-screen video software company.

A technology innovator and entrepreneur, he was a senior advisor to LinkedIn and was appointed to the White House initiative for education and technology by President Bill Clinton. An adjunct professor of entrepreneurship at USC’s Viterbi School of Engineering, Samit is the host of the Wall Street Journal Startup of the Year series and author of the book “Disrupt You”

“Are you living life or just paying bills until you die?”

“The purpose of life is to live a life of purpose”

1. All that is Required for Success is Drive and Insight

If you want to be successful, you need two things, drive and insight.

Forget talent, forget high levels of academic intelligence, if you are someone who is driven to succeed, and you have the insight to see needs within the marketplace, to see the problems and offer appropriate solutions, then you can become massively wealthy.

Think about characters like Richard Branson who were told they were stupid in school and that they would amount to nothing, who had next to no understanding of industries, yet still saw a problem and were able to hire the expertise that they needed to create the businesses of their dreams.

2. Failing is Part of the Process

There is a HUGE difference between failing and failure.

Failure is when you give up, when you resign to defeat. When you hang you head, throw in the towel and give up.

Failing is part of the path to success.

No great person has ever been without failures. Failures are what teach you, they show you what works and what doesn’t, and more often than not, when you fail at a small project, you will be able to use the knowledge you learned later to save or earn millions upon millions of dollars in a bigger business or idea.

3. You Have Everything You Need to Succeed

In the 21st century, you have everything you need to succeed.

You have the intelligence, the access to money and any other asset that you can imagine that is required for success.

If you do not know how to do something, you can simple Google it or hire someone who does.

If you don’t have access to high level investors for capital, crowd fund.

No matter what problem you are facing you have the tools to solve it and become wildly successful.

4.  Write Down 3 Problems in Your Life Everyday

If you want to come up with your million or billion dollar idea in the next 30 days, then simply commit to writing down three problems you have in your life everyday.

In the beginning, most of the problems will be fairly obvious, but as you progress, you will be able to pick out issues that could be the next big thing, make you rich, and help millions of people in the process.

5. The Illusion of Security Robs Ambition

The only true security lies in self reliance.

If you are dependent on a job for your income, although there is nothing inherently wrong with working a 9-5 if you enjoy it and it provides the lifestyle that you want, do not be fooled into thinking that you have any security.

Government regulations, new technology, and shifts in the marketplace are all responsible for putting hundreds of companies out of business each year including dozens of Fortune 500 companies.

You have no security working for someone else, the only security is in developing, and disrupting yourself enough to create the self reliance and skill necessary to thrive in the modern world.

2. How to Win Friends and Influence People by Dale Carnegie