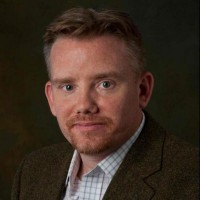 327: Frank Miniter: The Search for Manhood in a Changing World

By Andrew Ferebee on December 28, 2016 in Growth, Masculinity

Frank Miniter is an author and investigative journalist with a penchant for outdoor adventure. He has floated the Amazon, run with the bulls of Pamplona, hunted everything from bear in Russia to elk with the Apache to kudu in the Kalahari and has fly-fished everywhere from Alaska’s Kenai to Scotland’s River Spey to Japan’s freestone streams. Along the

Along the way, he was taught to box by Floyd Patterson, spelunked into Pompey’s Cave, climbed the Gunks, and graduated from the oldest private military college (Norwich University) in the U.S. He was a Senior Editor at Outdoor Life magazine and was the Executive Editor of American Hunter magazine.

He is also the author of This Will Make a Man of You and The Ultimate Man’s Survival Guide.

“I like a man who grins when he fights” ~Winston Churchill

1. You Need to Stand Up for Yourself

The evolution of society and rapid shift in perceived gender roles has created a world in which manliness and masculinity are concepts that are ambiguous and difficult to explain, at best.

Yet no matter what your beliefs are pertaining to modern masculinity, I think everyone can agree on one simple fact.

You cannot consider yourself a true “man” unless you are willing to stand up for yourself, what you believe, and those you love.

I want you to imagine John Wayne, Steve McQueen, or even a character like Tyler Durden in Fight Club are sat at a table in a bar, surrounded by friends and family.

A stranger from another table comes over and starts insulting one of his family members, bringing up some past feud and looking to cause trouble.

What do you think they would do?

Would they cower in their seat, avert their eyes, and start nervously twitching?

Or would they get out of their seat, square up with the aggressor, look them in the eyes and invite them to leave before they had a real problem?

I think we all know the answer.

Being a real man has nothing to do with loving or looking for violence, but it has everything to do with being willing to take a stand for yourself or the things which you believe.

In the 21st century, it is important to realize that this rarely (if ever) means physical confrontation.

Taking a stand for yourself can be as simple as telling your boss that you need a raise because you have been working harder than anyone else and have measurable results to prove it.

It can mean speaking candidly with your significant other about the way that they have been addressing you in public situations and informing them that their actions are inappropriate.

And yes, occasionally, when all other options are exhausted, it can mean taking the gloves off and throwing a mean right hook when someone truly steps out of line.

Never be afraid to stand up for yourself, your friends, or your values, because at the end of the day it is better to live a short life where you face your fears and live boldly than a long life as a coward.

2. Life is Meant to be Lived in Community

10,000 years ago on the plains of the Savanna, men lived in communion with one another. They lived together, ate together, hunted together, fought together, and died together.

Town elders would lead the tribe and create rituals and rites of passage for young men to pass through in order to become a man.

The warriors of each tribe relied on each other and trusted the men around them with their lives.

And for hundreds of thousands of years, this is the way that we as a species, and more specifically, we as men, have evolved.

We live in the most socially disconnected time in human history, and despite all of our technological advancements and the rapid growth of social media and other online platforms, the problem is not getting any better.

Men struggle to find meaning and purpose in life, they are lost and confused about who they are and what it means to be a man, they are lonely and afraid and depressed, and it is due, in large part to our lack of community.

We no longer live in tribes.

If we wanted to, there are many among us who could limit our face to face interaction with others to less than once a week when we go out for groceries.

Men no longer go to other men for advice and emotional support.

We no longer have tribe elders who can guide us and mentor us.

With the exception of military servicemen, we no longer have brothers in arms who have struggled through life with us and been there for us through thick and thin.

And we are paying the price.

Men are suffering from depression and suicide at alarming rates and society tells us to simply take another pill or get a new prescription, instead of being told to build a band of brothers.

3. Manhood is Defined by Your Values and Your Code

Manhood has meant something different to nearly every culture throughout history.

But the one thing that all of these ancient cultures had in common is that their ideals of manhood were derived from a code.

Every great “manly” culture built their foundation of masculinity upon an ethos, a way of life, and a code of honor and conduct based on the values of their unique societies.

For some cultures mercy and reason were at the forefront of their code, for others it was power and justice.

The truth of the matter is, there is no one code that will work universally for every man.

We all have different realities, different religious and political beliefs, and different lenses through which we view the world around us.

This means that all of us will function under a different code and live by different values.

And while it is extremely important which values you have and uphold (integrity, honor, service, and generosity should be at the top of your list) it is more important that you uphold a set of values that make you a better man and help you contribute to society in a more meaningful way.

4. You Need to be a Well-Rounded Man

So often in our modern society, we are quick to judge and label certain activities as unmanly, red neck, or “posh”.

Many see hunting and marksmanship as a lower class activity for camouflage wearing, tobacco chewing country boys. or they see dancing as a “gay” and unmanly activity in which no

They see dancing as a “gay” and unmanly activity in which no self-respecting man would participate.

Or they say that horseback riding and poker are activities that are only appropriate for trust fund babies and the super rich.

But you need to remember that an essential part of modern manliness is being able to participate in a wide variety of activities and show yourself to be well-rounded both in your skills and intellect.

You need to become, as the rampaging viral internet memes suggest, “A man who can do both.”

You need to be able to be a diplomate and a fighter, to speak well among the scholars of academia and the blue collar workers down at the bar.

You need to be comfortable both in a suit and tie and in camouflaged jacket.

You need to be someone who is able to hold himself in any situation and is unafraid of new things, no matter what stigma is attached to them.

5. Show Respect to Others

I don’t care whether you are living in an incredible community of amazing men, living by a code, and the most well-rounded person in the world, if you are not extending respect and love to the people in your life, then you are not a true man.

Respect others and earn the respect of others.

That is where true manliness lies.

1. On Duties by Cicero

326: Ryan O’Reilly: How to Harness Your Drive to Reach Your Potential
328: Paul Colaianni: The Unexpected Path to Emotional Fulfillment and Life Long Happiness