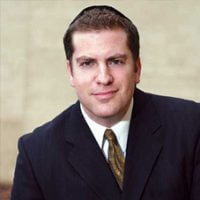 Dr. David J. Lieberman: The Foolproof Way to Stay Calm and in Control No Matter What

By Andrew Ferebee on February 21, 2018 in Growth, Relationships

Dr. David Lieberman is one of the most sought-after leaders in the fields of human behavior and interpersonal relationships. His groundbreaking research and writings have established him as a remarkable force of influence across a spectrum of fields and industries.

His eleven published books, which include two New York Times bestsellers, have been translated into 27 languages, selling more than three million copies worldwide.

Dr. Lieberman has appeared on more than 300 programs. He is a frequent guest expert on national television and radio shows, and he has been interviewed for, and featured in, leading newspapers and magazines around the globe. You can connect with Dr. Liberman and learn more at drdavidlieberman.com.

1. You Must Accept Reality

The first step to developing true mental health and emotional control is to accept the reality in which you live.

As the famous words written on maps and billboards across the world state: “You are here”

If you wish to create the life of your dreams you must start where you are. You must develop real clarity on where you are in the important areas of life, where you want to be, and (most importantly) what’s holding you back.

I challenge you, right now, to write down the answer to the following questions:

Be real with yourself and accept reality. Because once you do, life get’s a helluva lot more exciting.

If any of you have watched the (now) mainstream classic “Rick and Morty” then you probably remember the episode with the Meseeks box.

If you have a particularly astute memory, then you probably remember their tagline: “Existence is pain“.

Although you don’t often uncover valuable life lessons from cartoons on Adult Swim, I’ve gotta hand it to the writers of the show… They were right.

Think about the Olympics that are going on right now.

How would you feel if you walked up to the podium and were simply handed an Olympic Gold Medal?

Sure, some of you might use it to brag or try and pick up women, but most of you reading this would feel completely and utterly cheated.

Because you didn’t earn it. You didn’t endure the pain of early morning workouts, strict diets, and sobriety.

You didn’t experience the pain of grueling training sessions and years of dedication for that one moment of victory.

Pain is what makes life valuable. So stop avoiding pain and start accepting it.

Because the more comfortable you become with pain, the more pleasure and, ultimately, fulfillment you will experience.

3. Uncover Your Values… And Live Them

One of the biggest problems holding men back from achieving their true purposes is that most men aren’t living their lives based on their values.

In fact, most men aren’t even consciously aware of what they value.

Sure, every guy can tell you that he values family or fitness or money or success but do his actions reflect these values?

Have you taken the time to clearly define the values that drive your life? Have you asked yourself the tough questions to help you understand what you care about and why?

If not, then you are like a ship at sea with no rudder, a feather in the wind. Without clearly defined values you have no purpose, no mission, and no fire driving you forward.

As soon as you finish listening to this podcast I challenge you to sit in silence and contemplate what you value.

Once you have your values defined, make a list of actions associated with those values.

From there, it’s simply a matter of living those values each and every day.

4. Anger Doesn’t Solve Problems (It Only Helped You Survive)

One of the most critical steps to ridding your life of anger is to first change your relationship with it.

Many men believe that anger is a good thing. They think that it’s somehow manly to get pissed off and try to solve problems with their fists or strained vocal chords.

And while it’s certainly true that there are rare moments in most men’s lives where violence or aggression is called for, these moments make up less than 0.0001% of your lifetime interactions.

In almost every other case, anger is simply a sign of weakness. It’s a sign that you lack control over yourself and, by extension, the world.

The grounded man doesn’t get angry. The strong man doesn’t lose his temper. The wise man doesn’t scream and yell to make a point.

Anger is childish and, what’s worse, is that it rarely solves problems.

When was the last time that you got pissed off with a friend, family member, or romantic partner, began screaming at them and arrived at a positive outcome?

I’m going to assume “Never” is the answer you would give.

This is important to realize.

Thousands of years ago on the plains of the Sahara, anger had its place in our survival instincts.

But in 2018 it’s an outdated method for interacting with the world that needs to end.

When you get angry with someone, especially someone to whom you are close, your anger typically stems from ineffective communication.

Sure, there are times where someone is genuinely trying to egg you on and get a response from you. But 9 times out of 10, you are angry because the communication between you and someone who loves you wasn’t clear.

Maybe a friend forgot your birthday, a lover said something that hurt your feelings or a family member berated you for a particular political or religious belief.

Whatever the case, most anger is formed from misunderstanding, not genuine friction between two individuals.

When we get angry with someone, the last thing that we want to do is sit down and attentively listen to what they have to say while trying to fully understand and internalize its meaning.

All we want to do is prove that we are right and they are an a**hole.

But I want to challenge you.

Next time you get angry, stop.

Take a deep breath and ask the other person what they really mean. What are they really trying to say and why are they saying it.

Until you understand the root of the problem which, by the way, is NOT the fact that your wife forgot to do the dishes again, you will never solve anything.

So calm down, shut up, and listen.

It might not solve anything but it will allow you to enter into the interaction from a place of understanding.

2. How to Win Friends & Influence People

3. How to Stop Worrying and Start Living

The 8 Biggest Fitness Myths You Must Dispel to Achieve Real Results
Dr. Isaiah Hankel: How Smart People Focus, Create, and Grow Their Way to Success