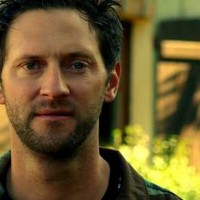 222: Cade Courtley: Lessons on Life and Business from a Former Navy SEAL Sniper

Cade Courtley was born in Columbus, Ohio and raised in Boulder, Colorado where he spent much of his early life in the outdoors. He graduated from the University of San Diego with a degree in Business Administration and was commissioned (ROTC) into the United States Navy as an Ensign.

A standout from the beginning of his military career as a Naval Officer, Courtley was the Class Leader in his BUD/S (Basic Underwater Demolition/ SEAL) training.  After 19 months, two Hell Weeks, broken left leg (twice), a broken right leg, and a fractured skull, LT Courtley graduated (CLASS 202) and became a Navy SEAL.  He was then chosen to attend the elite SEAL Sniper school, privilege only given to a select few.

His strong background in military Special Operations made him the obvious choice to Host and Produce the Spike TV/Discovery International original series “Surviving Disaster” (2010) that to date has aired in over 150 countries. Author can now be added to Courtley’s list of accomplishments when the folks at Simon & Schuster decided to publish SEAL Survival Guide “A Navy SEAL’s Secrets to Surviving Any Disaster.” (2012) As well as Host of the original TV series “America Unplugged” (2014) Cade is also the founder of Victory Coffee.

“If it was easy everyone could do it”

“You have to get your ass kicked every once in awhile”

1. You Need to Constantly be Challenged

One of the reasons that Navy SEALs are the best of the best is because they are always being challenged and forced to grow. Obvious from their motto “The only easy day was yesterday” Seals believe that to be the best, you have to push yourself beyond your perceived limits, and they do this every single day of training.

Whether or not you want to be a SEAL, the lesson remains the same. Men need challenge, they need adventure, they need to do something other than sit in a damn cubicle.

Start challenging yourself today. Get outside, exercise, take a cold shower, give up a bad habit, learn a martial art; do whatever you need to do to get out of your comfort zone and stretch yourself to new limits.

2. You have to Find a Strong Why

At BUD/s there is an attrition rate of nearly 80%, meaning that for every 10 recruits who show up on day one of training, 2 will graduate. Although there doesn’t appear to be much rhyme or reason as to who makes it and who doesn’t physically, the one thing that all successful SEALs have in common is a strong why.

3. Train in Peace so You Don’t Bleed in War

One of the core principles of SEAL training is to sweat hard in peace, so you bleed less in war. In layman’s terms, this means that you have to put in the work before the shit hits the fan.

You must develop yourself into a grounded, self reliant man before you meet the woman of your dreams, you must save up and be financially intelligent before recession hits, you must work hard at your fitness before some sort of physical disaster arises.

Prepare now so that you have peace of mind later.

Life is freaking short. Too damn short to waste in a cubicle doing something that is uninspiring and boring. Find your passion and follow it, because God only knows when your last day is.

You might not have another tomorrow and the worst thing in the world would be to get to the other side and think to yourself “Damn I really blew it, did I even matter?”

Do yourself a favor. Follow your passion and make your life count.

1. Patton a Genius for War by Carlo D’este

2. A Slow Walk in the Sad Rain by John Mcafee

221: Filip Syta: Do What You Love Even If It Kills You
224: How I Went From $15 to A Multiple 6 Figure Business And Living On The Beach Doing What I Love