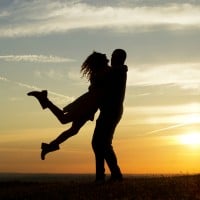 The 7 Crucial Steps to Getting a Girlfriend

So there I was…

I was standing up there in front of a crowd of eager guys presenting a seminar on how to attract women and how to get a girlfriend, and a strange urge overtook me…

I wanted to ask them a question that just didn’t seem “politically correct” to ask a bunch of aspiring “pickup artists.”

I kept thinking to myself: Should I…?

And then I did.

I asked: “How many of you want a single, steady girlfriend? Just one. Raise your hands…”

And then I held my breath as if I’d just yelled out a cuss word in church.

Then – to my amazement – about 90% of the crowd raised their hands.

And they raised them EAGERLY.

Since that day – over 3 years ago – I’ve been asking guys this question in almost all my seminars, and the results are always the same. Most of the guys learning the skills of pickup are just learning them to find ONE good woman.

So why do guys work to learn how to be a “pickup artist” and learn all these seduction techniques, when what they really want is just to get a girlfriend?

I believe it’s because men have a basic need, and it’s illogical, but it is hard-wired in us. 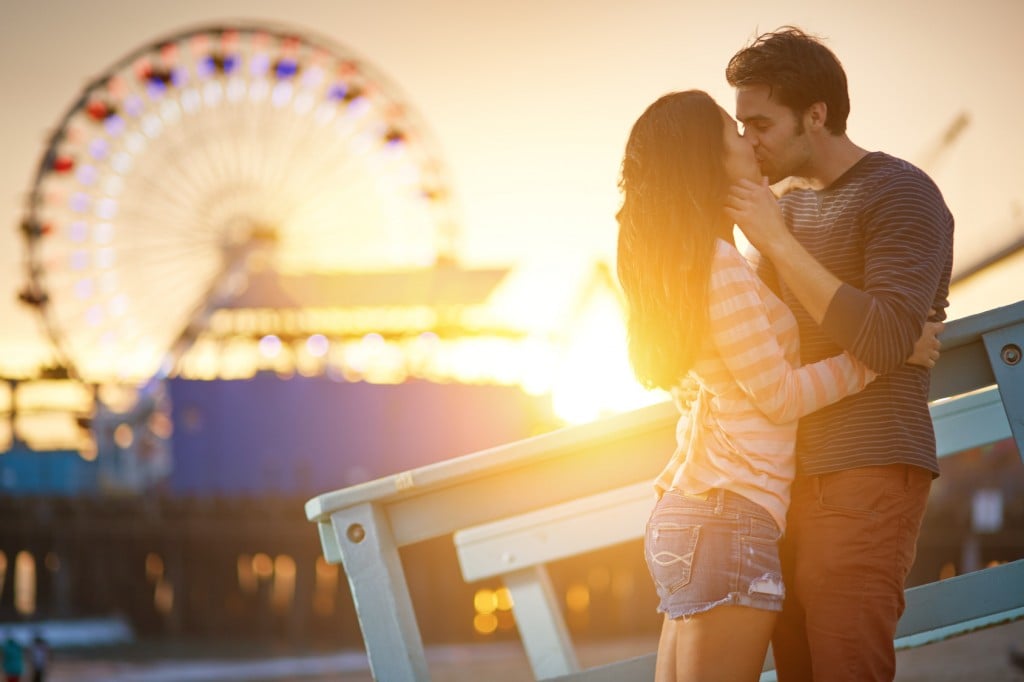 It’s the need to sexually CONQUER. We want to have the thrill of the victory, overcoming the challenge, and then having our egos boosted with the validation of sexual POWER.

In many ways, there’s nothing more addictive to the male mind. This is what makes us men.

And there’s also nothing wrong with it, so don’t feel guilty.

I was talking to a friend of mine, Jeff, at a cocktail party the other night, and he was discussing his experience of getting good with women, having a lot of women to date, and how he wasn’t very happy “dating around.”

Yes, I know, sounds crazy, but it’s true with almost every guy I meet. Once you get to where you’re no longer so obsessed with getting laid and meeting women, you start to realize that what you really want – what would REALLY satisfy you more than anything else is just to find ONE good catch.

Once you’ve stopped begging, you can then start to become the chooser.

So you want to know how to get a girlfriend?

Okay, here are my…

The 7 Crucial Steps to Getting a Girlfriend:

GET A GIRLFRIEND TIP 1) Do not set out to find a girlfriend!

If your priority is solely to get your itch scratched (sexually speaking), you’re going to find that you’ll scare off a LOT of people.

Your GOAL is not to get a girlfriend, even though you think it is. Your goal is not the END, it’s simply the NEXT STEP in the process.

Your goal is to improve your social network – which is like creating a nice strong safety net.

It lowers your loneliness quotient, and it increases your ability to find a good woman in the long run.

A good investigator doesn’t look directly for the criminal.

They look for the indicators and evidence that leads them to their most wanted.

GET A GIRLFRIEND TIP 2) Adopt the attitude of the Interviewer…

It’s all about qualification, my friend. The only way you can maintain a strong and confident attitude out there is to be the chooser – not the chosen. 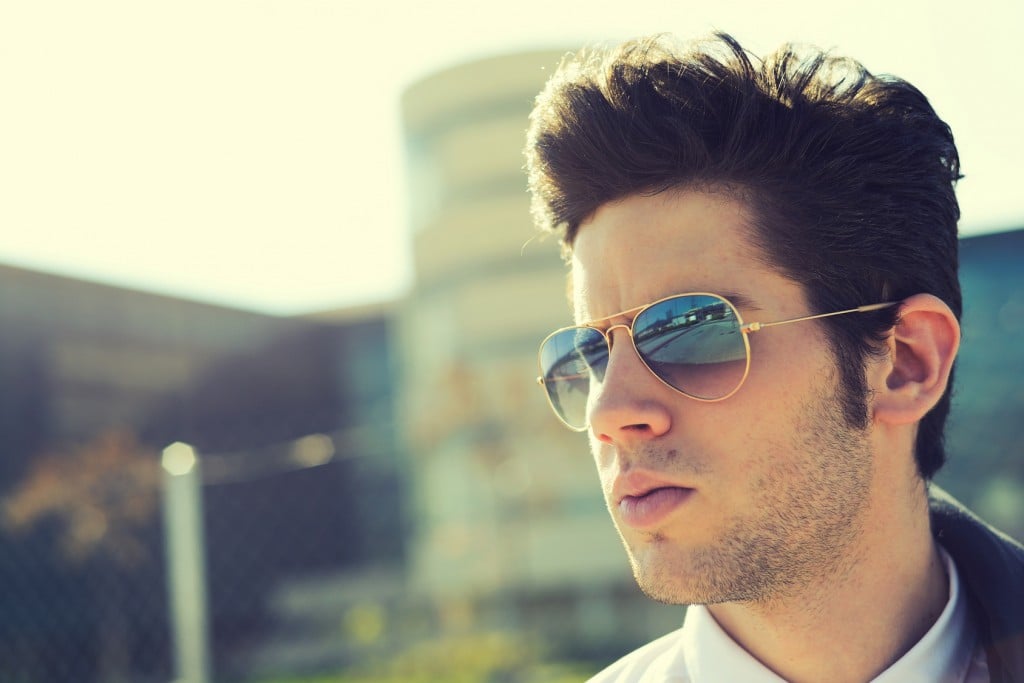 Between being the guy going in and kissing ass and selling yourself to the company to get a job, and being the guy who chooses from them.

If you’ve ever done the interviewing, you know what it’s like. You feel like THE MAN with all the power. It’s kind of a rush.

GET A GIRLFRIEND TIP 3) Become a Social Strategist…

Network the hell out of your life.

You need to really sit down and think about who you know, and who they know. And then start getting on their social calendars, one at a time.

Here’s a technique that works like a champ. (It’s something I’m going to be talking more about in my upcoming program coming in a few months.)

First, just connect with everyone in your network of friends.

Get together with them, have a drink or a lunch, and just reconnect. 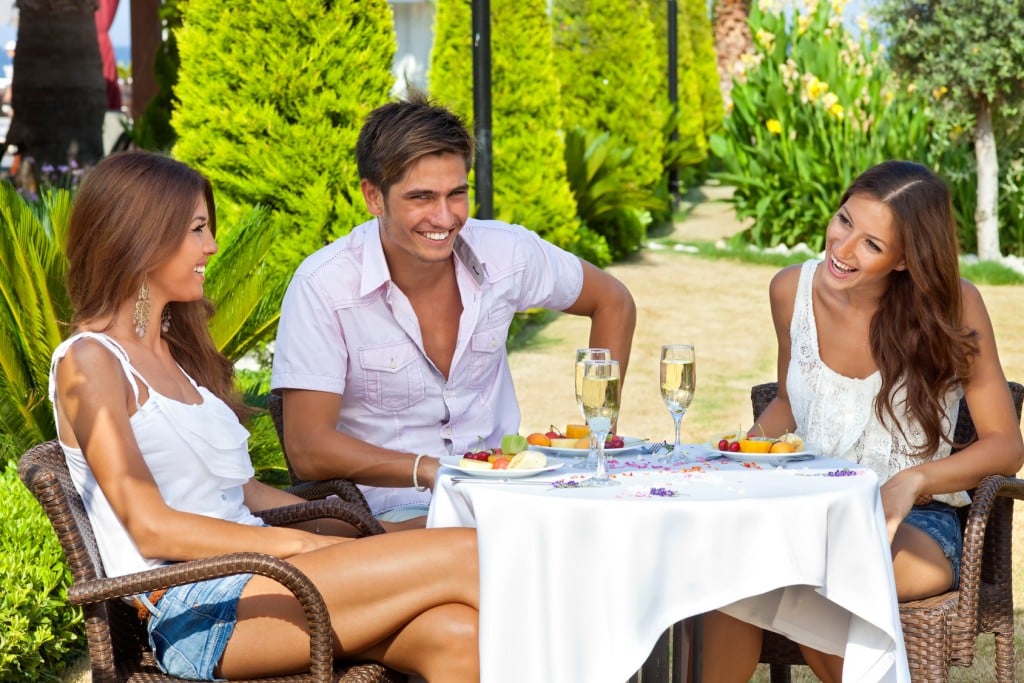 Make it a point to develop more of a rapport-connection with them, and then get them to think about you whenever they’re holding a party or going to a party.

“Hey, this has been great catching up with you, John. By the way, I’m on this kick lately of just going out and socializing, and making sure all my friends have fun. So if you have any parties or social gatherings, drop me a line if you think it would be fun.”

Ba-da-bing. You’re now in his loop of social networking. From there, you just bust it out to the next level by making friends with people at every gathering you attend.

GET A GIRLFRIEND TIP 4) Multiple Streams of Female Income

This is one of the core strategies of my method, and that is that you cannot afford to rely on any ONE method of meeting women. Mostly because if you fail to get that one method to work for you the way you want it to, you’ll get blown out of the game, and you’re socially dead in the water.

AND your attitude will suffer along with your success.

Dating is EXACTLY like owning stocks – you never put all your eggs in ONE basket. Back when the dot-com bust happened in 2001-2002, all the people who were heavily invested in technology stocks took a serious bath.

Spread your risk over a few good methods and you won’t get burned.

(I just watched “Wall Street” again the other day, can you tell?)

Don’t go too nuts, because you won’t get good at any of them if you do too many, but just pick your top 5 – and then work them hard. That’s how to get a girlfriend – and FAST.

GET A GIRLFRIEND TIP 5) Know what kind of a woman you really want.

You have to know the exact qualities you’re looking for in order to choose a good woman. There are many traits you need to create a good relationship with her – especially if you want to keep her.

One thing you’ll see that most pickup artists DO NOT have is the ability to keep a relationship going. They can pickup a woman in a bar, but if you ask them how to get a girlfriend – one that lasts – they’ll just tell you to go take another class. 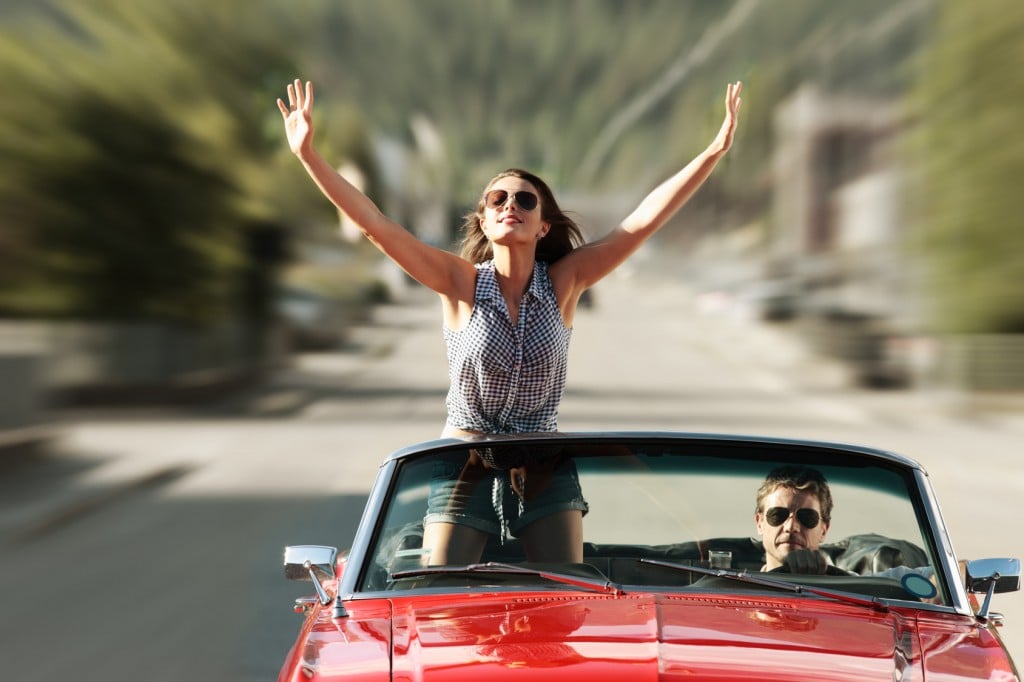 I’ve been in relationships that lasted from 30 minutes to 5 years, so I do know how to keep a good woman around.

First and foremost is to know WHAT you want, and sometimes that means…

GET A GIRLFRIEND TIP 6) Date ENOUGH women to know what you really want.

A lot of guys don’t date enough women to figure out the qualities that they really want.

In fact, I’ve never met a guy who dated a lot of women, and then said that he still wants the same things in a woman that he wanted when he first started.

After dating a bunch of women, you start to realize that many of the things you THOUGHT you wanted weren’t as important as you thought. And you discover all-new things you really do need.

The big mistake most people (men and women) make is to be in a hurry to get into a relationship because they can’t stand dating. It’s so painful for these guys to be single that they fall into the first relationship that comes along.

And so they never develop dating skills, they just hope to find someone good before the bad women find them first. 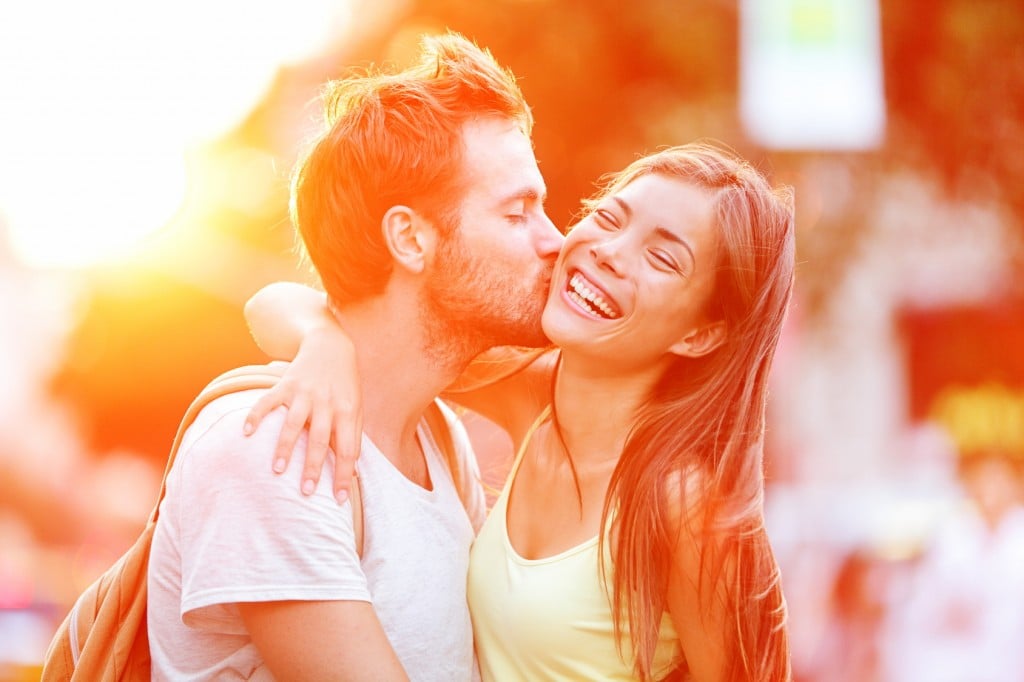 But this is a lot like taking the first job you can get, just to get a job – even though you’re not sure you’re going to like it. Sure, you may have employment, but you’ll just be miserable if you don’t make a good choice. And eventually you’ll either be fired or quit.

The same is DOUBLY true for women.

Choose poorly and you’re going to be a hell of a lot more miserable IN a relationship than out of one.

Remember my universal rule: You’re better off alone than with the wrong woman.

A woman has only one role in my life: To make me happier than I was without her. If she isn’t doing that, she isn’t what I want in a girlfriend.

And neither do you!

And here’s the last rule that will guarantee you’ll get a girlfriend in no time flat – IF you just use it.

If you want to know how to get a girlfriend – and how I’ve done it in my life without having to resort to mail-order brides, it’s simply this:

GET A GIRLFRIEND TIP 7) Get out there and meet as many people as you possibly can.

I’ve moved around the country and I’ve started my life over again 3 times. I moved from upstate New York, to Washington, DC, to Kansas City, to San Francisco. Each time I had to make all new friends.

I learned something that has made all the difference between being lonely and being socially prosperous, and that’s this:

If you meet a bunch of people,

… some you will never see again.

Some you will turn into acquaintances.

Some you will turn into friends.

But the more people you meet, the more you get of every kind. It’s a statistical and social CERTAINTY.

Just like the “Sales Funnel,” where you put a hundred people in at the top, and only a few come out the bottom as buyers, so it is in your social life.

It’s the most obvious law of numbers there is, and it simply demands that you just get off your ass right now and go meet some new people.

And here’s the amazing thing – it doesn’t matter HOW you meet them!

Nor does it matter WHO you meet. You can meet old women who will set you up with their daughters or even their grand-daughters.

You simply DO NOT KNOW how you will get your next girlfriend.

If you want to know my advice on how to get a girlfriend, that’s it. Pure and simple.

Treat it like a life-puzzle that you have to figure out. If you can just meet a few people each week, your life will be filled with an abundance that will ASTONISH you.

It will amaze you.

Hands down, the hardest thing for most guys is getting a woman to feel sexually attracted to him…  The problem is that most guys make 5 big mistakes that scare women off…  Do you know what they are?   Find out here.

The 99/1 Rule Of Entrepreneurship
001: Hal Elrod: An Unbelievable Story and the Miracle Morning that Will Change Your Life