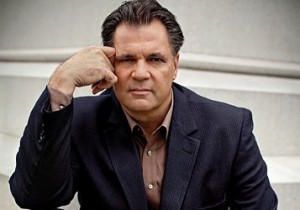 Stephen Mansfield is a New York Times bestselling author and a popular speaker who works with leaders worldwide.

He first rose to global attention with his groundbreaking book The Faith of George W. Bush, a bestseller that Time magazine credited with helping shape the 2004 U.S. presidential election. The book was also a source for Oliver Stone’s award-winning film “W.” Mansfield’s The Faith of Barack Obama was another international bestseller.

No man is an island.

Even though you have heard the saying hundreds if not thousands of times, few men truly internalize what it means, and still fewer act on it.

Just look at the statistics.

A simple scroll across the front pages and you will find sky-high suicide rates among males, loneliness, depression, and anxiety in numbers that we have never seen before.

While there are many theories and hypothesis, a critical look at the situation makes things clear.

We are a species that was built to be in community, and even though we are more connected now than ever before, most of us are utterly and absolutely alone.

We have no one to call us up, no one to celebrate with us, no one to challenge us, to help us, to hold us accountable and keep us to our word.

And because of this deterioration in our social structure men have become soft, weak, and effeminate.

But it doesn’t have to be this way.

As a man, you have the power to break this pattern.

Make a conscious effort to meet and befriend other men. And when you are in these friendships, dive deeper than you ever have before.

Hold nothing back and hold each other up.

You will be amazed at the results.

If you want to call yourself a man, then you need to do manly things.

Does this mean that you should shave with a tomahawk, lift boulders for fun, and skin polar bears with your fingernails?

Probably not (although that would be quite cool), it simply means that you need to embrace the masculine nature of doing instead of spectating  and talking.

Get off of your butt and get into life!

Especially if you are a younger man, get off of the darn Xbox and learn something practical.

Teach yourself how to maintain a car, learn how to build and fix things, become a better public speaker.

Every man has his own field to tend.

No, I don’t mean this literally, although some of you might.

Whether you are 15 listening to this podcast or 50, we all have our own fields.

For some of you, it’s school work, your girlfriend, and your football buddies.

For others, it’s your 8-figure company, your wife of 30 years, and non-profit.

It doesn’t matter what your particular field is, what matters is that you are diligent in tending to and watering your field.

Be disciplined in your action.

Do what needs to be done.

One of the less flaunted traits of manly men is that they build other manly men.

There is an old saying that the true mark of a leader is not how many followers he has but how many leaders he creates.

Regardless of your religion or personal beliefs about the historicity of Jesus Christ, his virtues as a leader are unquestionable.

However, where Jesus excelled was at building up other leaders, in his case, disciples.

In fact, he was such an effective leader that of the 12 men who followed him, all but one (or two counting Judas) were martyred for their belief in Christ.

Now, whether you believe the stories or not, there is a powerful lesson to be learned about leadership and about the importance of building up those who are around you.

Are you really a man if all you can do is take from others and be built up?

Or do you need to take a step back and see who you can serve instead?

5. Manly Men Sacrifice Their Pleasures for Their Purpose

The true hallmark characteristic of all manly men is their ability to endure suffering.

Manly men know that all greatness was bred through suffering.

You must experience the pain and suffering of building and losing your dreams before you will be able to fully appreciate, live, and achieve in the ways that you desire.

With the exception of individuals with inherited wealth, no man of substance, no man of great success, and no man of wealth ever achieved their status and material pleasures without first sacrificing and delaying gratification.

If you want to be great, be ready to suffer.

1. Wild at Heart by John Eldridge