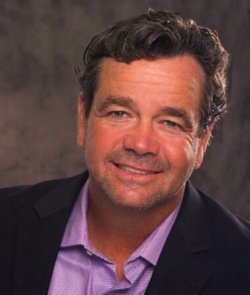 Martin Grunburg is the designer/inventor of Habit Factor® as well as the author of the international bestselling book sharing the same name. He has presented at TEDx in the United Arab Emirates, and his work has been featured in the world’s most popular productivity blogs such as Lifehacker.com and Mashable.com.

Prior to developing and authoring The Habit Factor, Martin has been a partner in C3 Networx, formerly Home2Office Computing Solutions, Inc. As founder/COO, he’s been nominated twice for the Entrepreneur of the Year award and has twice led his team to win the Better Business Bureau Award for Marketplace Ethics.

“If you want to find the secret of the universe, think in terms of energy, frequency, and vibration”~Nikola Tesla

This basic scientific formula can actually offer incredible insights into the world of success and productivity.

For examples Parkinson’s Principle, which states that the pressure and speed of completion of a task will increase as the timeline decreases can be derived from this formula. Pressure (the importance of a project and how much effort you will put into it) is equal to force (the difficulty of the task) divided by area (the amount of time you have to complete a task)

For example, if I tell you that you have to complete a perfectly written 3,000 word article in the next 3 months or else you will lose all of your financial assets ….how much pressure would you feel? Despite the large financial cost, you would likely feel decidedly unperturbed.

Now what if I said that you have 3 hours?

You would move heaven and earth to get that article done!

This is actually a very powerful principle that you can leverage in your life to achieve results at a more rapid pace. By creating more impending deadlines and higher stakes, you will be forced to become more creative, find time to pursue your goals, and actually get the work done because of this positive pressure.

2. Pressure is a Neutral Tool

There has been significant research done on the affects of pressure on the human mind and body over the past years, and what Martin has found is that, despite what popular science says, pressure is neither good nor bad, it is merely a tool.

If unmanaged and unchecked, pressure can build up and cause all sorts of issues, like many other stressors. However, if used strategically to increase the efficiency with which tasks are completed and the speed of implementation, pressure can be a fantastic tool for massive productivity and results.

So in the end, pressure, like so many other things, is neutral. It is neither good nor bad. It is simply how you use it.

Exposing yourself to intentional pressure can help create confidence, and peace of mind during stressful situations. The scientific formula for equilibrium is the equal offset of pressure. Navy SEALs go through thousands of hours and years of training before they enter into combat so that when the actual bullets are flying, and bombs are going off, they are already used to the pressure of the environment and able to respond with calm, swift confidence.

By properly planning, preparing, and practicing for any given situation, you increase your chances of success dramatically once you are actually under the pressure of game day. It’s like the old saying “The more you sweat in training, the less you bleed in war.”