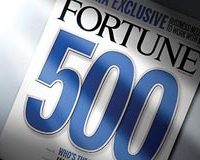 I am going to tell you something that is really going to irritate you if you’ve ever tried to create wealth, build a business or become an entrepreneur.

You do not have to reinvent the wheel to create wealth. In fact almost all the richest people in the world did so off OLD ideas – yes, this is true.


Here’s how you need  to start thinking from this moment forward.

Take something old and stale, spin it, make it new and brand it. Sell it, make a profit – it’s really that simple.

Microsoft – when Microsoft entered the software market it was already year’s old, and big players such as Apple and IBM who had been in it for years were seemingly the best people to take advantage of the newer operating systems. But Microsoft did it better and Bill Gates created enormous wealth for himself.

Google – when Google entered the market there were many other search engines. They didn’t create search, they improved it. There existed multi-billion dollar companies like Microsoft who could have easily dominated search, but they didn’t.

Apple – When Apple made its comeback it was in MP3 players and Cell Phones. Manufacturers such as Samsung, Sony, Nokia, and Ericsson had been in these markets for years and years and had millions and billions dollars invested in technology. But Apple beat them all with some intuitive design and improvements for the market.

Facebook – When Facebook was created social media wasn’t new, in fact MySpace was dominating the whole industry. But again a player that wasn’t at all the first but simply did something a little bit differently and better took the reins. Might I remind you that Facebook succeeded in a time where Microsoft, Google and Apple where all multi-billion dollar technology companies who could have easily been doing the same or better things.

You Don’t Have To Be a Tech-Wiz or a Mr. Jobs To Become Wealthy

Meet  Scott Boilen the Lead Marketer of Snuggie – The simple concept for a blanket with sleeves has been around for a long time and surely was thought of long ago. In fact, the Slanket, the Book Blanket, the Cuddle Wrap and the Toasty Wrap were all created, but none had the success of the Snuggie.

This explains the power of mass marketing … or, remarketing. Take something old and stale, spin it, make it new and brand it. Sell it, make a profit – it’s really that simple. 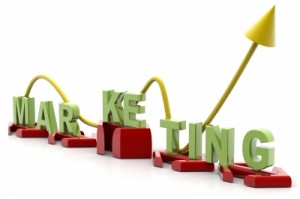 How you market your business will determine if you go bankrupt or succeed in the marketplace.

Put these numbers together:

ASSUME A MARGIN OF 25% which I believe to be conservative.

You laugh at the Snuggie. I laugh. Everyone laughs. But who is really laughing? I mean, the founder of Snuggie is sippin Mai Thai’s in Maui living the dream. The guy took something that already existed, spun it, and remarketed it to the masses to create wealth for himself. He understands business and how to get people to take out their wallet and hand over cash for a product. Ah the power of Marketing..

Have you heard of President Obama Plates? They are simply collector’s plates with President Obama’s face on it! You wouldn’t think a stupid idea like this would make money but it is. People are working their asses off for a measly $10/hour while these “collector plates” are selling like hot cakes! People can’t get enough of them. And this means someone’s making some serious mulah. Someones reaching financial freedom because they understand how to market really well.

How You Can Make A Tonne Of Cash From Old Ideas

The key point to take away from all of this is that it’s not the product or service that is important; it’s simply the marketing around it. The marketing, brand awareness and positioning in the market is sometimes more important than the service itself. (I know you didn’t want to read that but often times it’s true)

Android smart phones have better specifications and the same features as an Apple iphone yet who buys the Android? Nobody cares about Google phones because no one understands why they are in the cell phone business to begin with. They do SEARCH damnit. It’s confusing..Apple on the other hand is slick, clean, and the company has a long standing culture of creating products that defy status quo. Apple creates products you never knew you wanted and their marketing does a good job of positioning itself this way.

Proof I know what I’m talking about.. 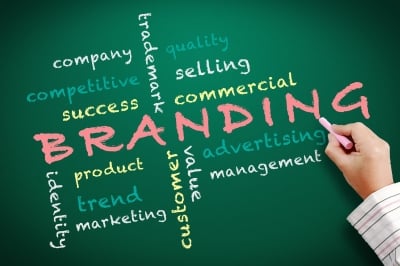 Proper branding can result in higher sales of not only one product, but on other products associated with that brand.

Facebook succeed where Google could not, not because Google wasn’t in the game (they had ‘Google Buzz’ and now have ‘Google Plus’) and not because Google didn’t have the cash, but simply because people didn’t go to Google for social media. You go to Google to search for things, not to talk to your friends. Just like you go to Microsoft for an Operating System and software for your computer, not for an MP3 player. (remember Zune, is that thing still around?)

You go to Apple for things with awesome design, simplicity and ingenuity – and to be part of a crowd. That’s exactly why Facebook can’t make cell phones or mp3 players.

No one wants a ‘Book Blanket’… what the hell is that? But snuggie? It sounds like something you’d enjoy from your husband or wife!

Adding features and added benefits to products is a simple way of recreating the old. Some things just aren’t useful by themselves, but when you add some extras they suddenly become pretty cool. For instance, think of a car. Yes they transport you, but you add on a stereo, leather seats, air conditioning… now you have an experience.

The Power of Why?

People want to know why you are doing something. Why are you selling this product? What is the cause? What motivates this business to wake up everyday and build this business? And this is where  marketing comes in and answers those questions for the public. Marketing sells and people buy what is marketed best, not what actually is best!

You can build wealth if you are more creative than your competitors and you can out market them and out win – snuggie did and so can you!

What ideas have you been sleeping on that could potentially be worth millions?

If you liked this post please share it on your preferred social network below. Let’s help people live better together!